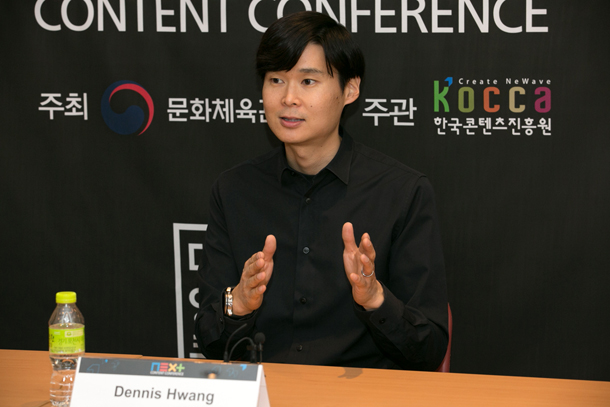 After much delay, there are signs that Pokemon Go might finally be coming to Korea.

Dennis Hwang, director of visual and interaction design at game developer Niantic, confirmed Tuesday that the company is working toward launching the wildly popular augmented reality game in Korea, adding that the country’s lack of Google Maps functionality was not a major obstacle for the release.

Hwang, one of Niantic’s earliest members and the company’s design director since its launch as an internal start-up at Google, revealed the news at the Next Content Conference in southern Seoul on Tuesday.

Pokemon Go is an augmented reality smartphone game where users can catch and collect 3-D monsters that appear randomly in the real world as projected by a phone’s camera. It was unveiled in July and immediately sparked a Pokemon Go craze around the world.

Korea, though, was not part of the initial list of available countries, though certain areas in Gangwon, including Yangyang County, Inje County and the city of Sokcho, had some service thanks to an unidentified glitch.

Hwang and other company spokesmen were cautious about giving an exact date of release or other details. “Although we do not have an exact date, what I can say is that the company definitely acknowledges Korea as an important market and is making efforts to realize its launch here,” Hwang said.

Many industry insiders and media outlets have speculated that the delay of Pokemon Go’s release in Korea was due to the fact that Google Maps, on which the game relies for navigation in other countries, has limited functionality in Korea. The government restricts giving detailed map data to foreign companies, one of which is Google.

Hwang, though, said at a press conference Monday that Niantic and Google have been independent companies since October 2015, when the game company was spun off the tech giant. This suggests the Google Maps issue may not be wholly responsible for Pokemon Go’s delayed release in Korea.

Adding to hopes that Pokemon Go might be coming to Korea soon, Niantic launched a Korean map for their previous augmented reality game Ingress last Saturday. Before then, Ingress was available for download on Korean app stores, but the game displayed a blank screen instead of a map. The fact that Ingress now has map functionality in Korea raised speculation that Pokemon Go might be next on the list for release.

When asked about whether the company is worried that the Korea release will come as the popularity of Pokemon Go has subsided from its peak four months ago, Hwang said the game still has many new characters and functions to offer. He brushed off views that the game was just a short-term fad.

“Last month, for example, we launched a special Halloween event during which ghost-type Pokemon appeared more frequently, and we gave out bonus candies as items,” he said. “This led to a rise in the number of users by almost 30 percent, close to the early number of users in the summer.”

On virtual and augmented reality in general, the design director said there were still many barriers to overcome. In particular, he said many personal virtual reality devices released so far have been too detached from the real world and lack opportunities for interpersonal contact. Hwang lauded Pokemon Go as an example of augmented reality that helps facilitate engagement in the real world.