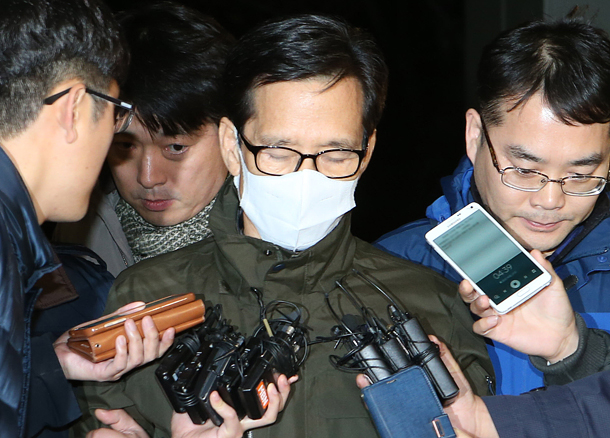 Busan can be characterized as erratic. Buildings and roads are irregular. So is Haeundae Beach. High-rise buildings were built near the beach arbitrarily, and an ugly desire was living in the skyscrapers. Rules of an unfair game were hidden. Haeundae LCT project is a notable example. A trial of political strength has begun. President Park Geun-hye fed the fire. To divert attention from her involvement in the Choi Soon-sil scandal, she ordered prosecutors to investigate the LCT case. It is unusual for the president to directly order an investigation into a certain case. What is the essence of the game involving the president and prosecutors? Will LCT play political magic as Park wishes?

Cheongan Construction CEO Lee Young-bok is originally from Cheongju, North Chungcheong. To him, Busan was a city of opportunities. He made a fortune by doing business in the underdeveloped Daedae and Mandeok areas in the mid-1990s. While there were allegations of special favors in the course of one of his apartment construction projects, he denied the charges. The Daedae-Mandeok scandal ended as a storm in a teacup. Upon his release with a stay of execution, Lee attempted a second leap in Haeundae. He planned a 2.7 trillion won ($2.29 billion) project near Haeundae beach. Last year, Posco was finalized as the constructor and the project, which had drifted for nearly 10 years, began to be built like the Tower of Babel.

Here, the Blue House secretary Woo Byung-woo’s office of civil affairs ran a surveillance network. A former prosecutor explained, “As noises continued over Lee’s projects, the office of civil affairs intervened. They pushed the prosecutors with rumors that Moon Jae-in and Kim Moo-sung were involved. There were also rumors that Posco was selected as the constructor with the backing of pro-Park politicians and a former Blue House secretary.” The wealthy local businessmen who invested billions of won in the LCT project also fanned the flames of political conspiracy.

As a series of reports and lawsuits were filed, the prosecutors began an investigation. But the investigation didn’t bring about a satisfactory outcome. It was confirmed a considerable portion of the 57 billion won Lee was suspected to have embezzled was used to pay back interests and debts. Now that Lee has turned himself in, the case has become absurd. Will Lee cooperate? He said, “I will never say anything until the day I die.” Those around him say Lee follows three core principles: he doesn’t drink, he doesn’t lose his cool and he doesn’t wear neckties. He is a man of strict self-control.

Even if the allegation are true, it won’t be easy to get Lee to testify. Most of the 10 counsels who defended Lee at the beginning have resigned, as there was little to be done for him.