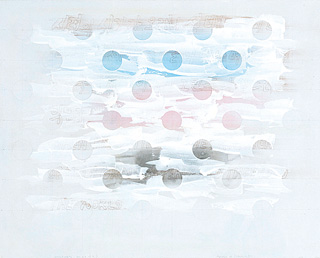 To Dec. 30: The exhibition highlights Kim Yong-ik, 69, as an artist that links dansaekhwa, the mainstream of Korean modern art from the late 1960s and to the early 80s, and the country’s post-modern art that started in earnest in the 1990s.

The exhibition features about 30 pieces of Kim’s latest paintings, for which he said he “appropriated” his past experiments and ideas. They are abstract paintings with colorful circles regularly arranged on the surface, which Kim started in the 1990s to mock and challenge modernist paintings. Now with the “Apocalypse of Modernism,” which is also the title for a group of his paintings, he said these paintings have a new context.

The works encompass Knight’s very early black-and-white photos of skinheads and their subculture in the late 1970s; his digitally-modified fashion photography in the 1990s; and his latest moving images and films about fashion. These serve to highlight his diverse oeuvre.

Admission is 5,000 won for adults. Go to Gyeongbokgung station, line No., exit No.3 and walk for five minutes. 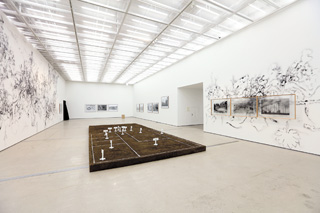 The museum announced last month that mixrice is this year’s winner. The team deals with the issue of migration, in particular the reality of migrant workers in Korean society.

As for Kim, he has constructed a life-size two-story building - a replica of the artist’s studio - that the visitors can enter and explore. The viewers will find drawings in the building and, also from the building’s window and small terrace, they will see thousands of drawings hanging on the black wall of the museum. Back explores new aspects of photography which the artist thinks is no longer records of facts, but just pictures or images. 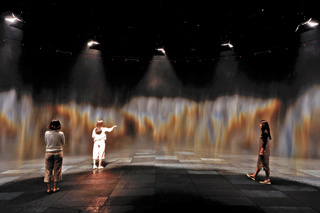 Leeum, the Samsung Museum of Art,

To Feb. 26: The solo exhibition of Olafur Eliasson, one of the world’s major artists, features his 22 works of diverse media including large-scale installations and photographic works, in which poetry and science coexist.

The highlight is the installation “Rainbow Assembly” in the museum’s Black Box. It has water falling from sprinklers installed in a circle on the ceiling. With light, the mist created shines white against the dark. If viewers go through the veil of mist and stand inside the circle, they will see rainbows shimmering and undulating around the water curtain.

Admission is 8,000 won for adults. The museum is closed on Mondays. Go to Hangangjin Station, line No. 6, exit 1, and walk for five minutes.

To an indefinite period: Yeongang Gallery, the first-ever art gallery within the civilian control zone adjacent to the North Korean border, opened in May with a solo show by artist Han Sungpil. It features 11 of his photos, including “Observation,” and video works including “Uncanny Serenity.”