[Sponsored Report] KT&G recognized for its contributions to the arts

[Sponsored Report] KT&G recognized for its contributions to the arts 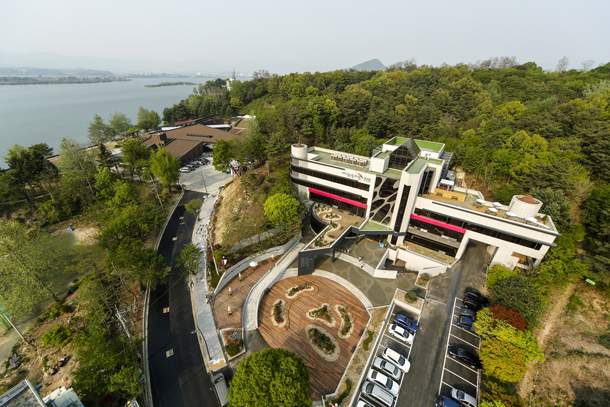 The Ministry of Culture, Sports and Tourism recently recognized KT&G for its outstanding support of culture and the arts. Last year, the company also won the grand prize at the 16th Mecenat Conference and Awards. These accolades are the result of KT&G investing half of its charitable funds in cultural support.

Through its Sangsangmadang centers, KT&G has been supporting the creative activities of new and unknown artists as well as providing the public with opportunities to enjoy a wide range of art and culture.

In particular, KT&G’s Sangsangmadang in Hongdae is widely recognized as a place where culture and the arts flourish. Since its establishment in 2007, various experimental works have been hosted there.

KT&G also opened a Sangsangmadang in Nonsan, South Chungcheong, in 2011 and in Chuncheon, Gangwon, in 2014 as part of efforts to expand the cultural facilities to regions outside of Seoul. The Nonsan center offers cultural experiences in the suburbs while the Chuncheon center has become a place where nature and art coexist.

KT&G’s Sangsangmadang centers currently have more than 2,600 cultural programs and attract 1.8 million visitors annually, contributing to the local economy as well as the development of cultural activities. As the facilities support new creation by encouraging artistic imagination and sharing work with others, the Federation of Korean Industries has praised Sangsangmadang as a successful model for a creative economy.

“KT&G invested 80.8 billion won [$68.7 million], which took up 2.9 percent of last year’s total revenue, in social contribution activities held both domestically and internationally, especially in cultural support,” said Ji Hyo-seok, who is in charge of KT&G’s social contribution activities. “We will continue to focus on creating various programs to support the work of talented artists and communicate with the public through art.”

KT&G plans to establish more Sangsangmadang centers in other regions to provide more opportunities for local communities to enjoy art and culture.