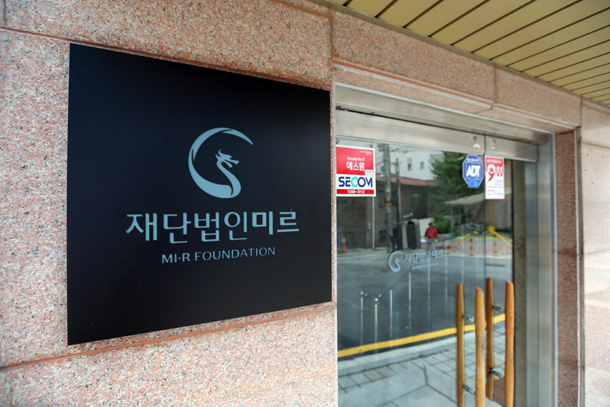 “I had good intentions,” President Park consistently said about her involvement in the Park-Choi Soon-sil scandal. “I hoped to help the national economy and lives of the people,” she said. “I helped companies with good intentions.” “I supported creative activities in different genres for cultural prosperity.”

While the citizens feel frustrated at her excuses of “good intentions,” she seems to be a criminal with strong beliefs. You can read Park’s rage and resentment between the lines of the long statement by her attorney Yu Young-ha that followed the prosecutors’ indictment last weekend.

Where does her belief come from? The criminal charge that the prosecutors raised is “pursuit of personal interests using power and authority.” Her friends set up foundations with money extorted from companies in various ways and used them as their private funds.

Her friends’ businesses were added to government or corporate budgets to pursue personal interests. We all know, under the law and with common sense, that seeking private interests with tax money or other people’s money is a crime. But the president’s common sense is different. Her life has made her have such inconsistent senses.

Her first public service was acting as the First Lady after her mother died. Park was 23 years old. She created a state-run organization called Saemaul Volunteer Corps and raised funds.

According to Lee Gyu-yeon’s Spotlight on JTBC, she collected 20 million to 50 million won from more than 60 businessmen. Back then, you could buy a house for 5 million to 6 million won. After she left the Blue House, her life was far from common sense. Former president Chun Doo-hwan gave her more than 600 million won to support herself, and a businessman built a house in Seongbuk-dong for free.

In her 20s, she headed an array of foundations as the chairwoman of the boards of Yeongnam University, Yukyeong Foundation, Jeongsu Scholarship Foundation and Korea Culture Foundation. But she did not run them properly.

She dishonorably stepped down due to corruption and appointment-related scandals at Yeongnam University and Yukyeong Foundation.

Nevertheless, the process made her familiar with running foundations.

Most Korean presidents loved foundations. Yuk Yeong-su, Park’s late mother, created a model for families of the president to establish foundations. In 1969, she established Yukyeong Foundation. For the welfare of children, she contributed 10 million won and collected nearly 300 million won from central government and local government organizations. At the time of establishment, I think it had good intentions.

However, aside from the illegal political slush funds that had already been criminally charged, Park’s Creative Economy and Innovation Center and the Youth Hope Fund are the only ones that are similar to past foundations, since Kim Dae-jung administration’s public operation of foundations. The Mi-R and K-Sports foundations went too far as they were used as a personal vault.

“Considering the structure of foundation operation, it is impossible for certain individuals to privately use it,” Park’s attorney Yu argued. But that is not true. Let’s look at the precedents of Park Geun-hye exploiting foundations when she was the president’s daughter.

Of course, other presidents’ foundations may have suspicious intentions despite being packaged with good will, and they didn’t operate properly upon retirement. Many of these projects were set up rashly and were not sustainable. The latest scandal made us think that we may need a law prohibiting presidents from setting up a foundation.

Good intentions. Even a serial killer claims that the motive of a murder was to bring justice. All the evil acts in history were carried out in the name of goodness.

Most personal evil deeds begin from good will, not malicious intentions. That’s why the outcome is important. The head of state must be judged based not on the intention but the outcome. Even when you do something evil, if you know to be afraid, you can reach goodness.

The president must remember this.