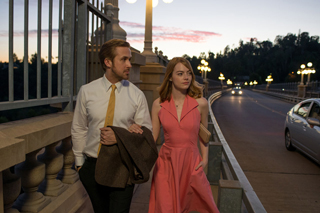 The director of the renowned music film “Whiplash” (2014), Damien Chazelle, who is also an Academy Award nominee, is back with another movie that the audience will savor with not only their eyes but also their ears. Featuring veteran actors who have become big stars in the romance genre, Emma Stone and Ryan Gosling, the film is already gaining attention for its cast of big-name stars.

Wannabe actress Mia, played by Emma Stone, spends her days running errands for movie stars. She hopes to become a famous actress herself one day, but things do not come easily for her. The situation is not much different for jazz pianist Sebastian, played by Ryan Gosling, who makes ends meet by playing at a filthy cocktail bar. At the point in life when nothing seems to be going the right way, Mia and Sebastian run into each other, eventually becoming close and getting to know one another more. The film depicts the passion that Mia and Sebastian keep for their dreams, and how they manage to go through their hardships together as hopeful dreamers.

59-year-old man Daniel Blake, played by Dave Johns, has lived to this day as an earnest carpenter in Newcastle. As he gets older though, his heart problems seems to only get worse, making it almost impossible for him to continue working. For the first time in his life, Daniel sets out to request aid from the government, hoping to receive some unemployment benefits to help support himself. His meetings at the office, however, do not go well, and receiving subsidies seem to be almost impossible for him. Not only that, but the public office requires Daniel to handle high tech computers and complicated documents, which is simply too much for him, a he has lived as a carpenter for most of his life.

While Daniel faces hardships making ends meet, he runs into single mom Katie, played by Hayley Squires, who roams around trying to find a decent shelter for herself and her two young children Daisy (Briana Shann) and Dylan (Dylan McKiernan). Her only way to get out of the one-roomed homeless shelter in London is to comply with living in a faraway flat located in the middle of nowhere. 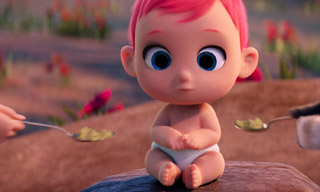 A long time ago, storks delivered babies, but that’s not how it works any more. These days, storks deliver packages for online shopping mall Cornerstore.com, ranging from wool sweaters to cell phones. The change in business stems from a past accident when a stork failed to deliver a baby to the correct address, causing the baby to grow up as an orphan. The child, Tulip, was raised by the storks at the company, and the storks have never returned to the baby industry since then.

As Tulip gets older, she only seems to cause trouble in the office, unable to help the storks’ work. Therefore, she is placed in a sector that ceased to function a long time ago, the mailing division.

One day, an only child Nate finds an old advertisement for the baby-delivery service in the corner of his garage and sends a letter to the storks to order a baby brother. Tulip, delighted that she finally gets to do something, immediately reactivates the old baby factory and manufactures a baby. The story unravels around Tulip and her stork friend Junior setting out on a secret mission to deliver the child without letting the other storks know that the baby factory has recently been activated.

The animated family movie is sure to be a favorite with younger audiences. The simple yet witty storyline may also be intriguing for older viewers who wish to take a pleasant break from reality.

The story heads down an unexpected route, however, when on the day of the performance members keep making mistakes and the production turns into a comical farce, which is not exactly what Min-ki had in mind. Will the team be able to figure out a suitable ending to this bizarre performance? 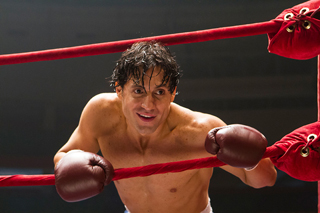 The film is based on the life of Roberto Duran, a Panamanian boxer who is widely considered to be one of the greatest fighters in history. For his immense punching powers, he also got the name “Hands of Stone,” which reflects his fame and standing.

Making his professional debut in 1968 at the age of 16 and retiring in 2002 as a 50-year-old, Duran is one of the very few boxers to have competed over a span of five decades.

Despite his glorious fame, however, Duran is also infamous for abruptly quitting in the middle of his rematch with Sugar Ray Leonard in 1980. To the shock of many fans and spectators, the almighty fighter lost his famed title in an instant. This unexpected event brought criticism from boxing fans.

The film, unlike other boxing movies, seeks to shed light on the personal life of the hardy protagonist rather than focusing on the tough fighting scenes. Through the storyline, the piece strives to depict another side of the fighter. Edgar Ramirez plays the role of Duran, while the part of Ray Arcel, Duran’s trainer, is taken by Robert De Niro. Duran’s competitor Leonard is played by singer-songwriter and actor Usher. 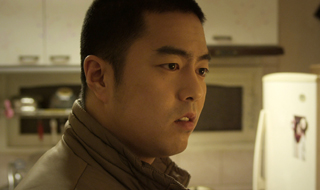 Dong-hyeon, played by Jeon Suk-ho, just got released from prison, but faces a deathly threat just after he gets out - if he fails to pay back his moneylender, he may be forced to sell his kidney.

Dong-hyeon decides to seek help from his older brother, Dong-geun, played by Jin Yong-ok, who has an IQ of 48. Even though they hadn’t seen each other for seven years, Dong-hyeon shamelessly asks his brother to offer to sell his kidney instead of his own, but, of course, fails in persuading him.

With nowhere to go, Dong-hyeon decides to stay at his brother’s place, where Sun-woo, played by Lee Jeong-ju, and Jae-jin, played by Lee Hyeok, who are both disabled, also live. At first, Dong-hyeon treats the two unkindly and even steals some of their money. Despite Dong-hyeon’s behavior, the atmosphere warms up as Dong-geun shows unconditional love for his little brother and kindness towards Sun-woo and Jae-jin.

The film’s heartwarming message about not looking at others with prejudice adds to the positive remarks the piece is receiving.

Jane Austen is well known for her famed works “Sense and Sensibility” (1811) and “Pride and Prejudice” (1813), among others.