Technology firms in a race to enhance virtual reality audio

Technology firms in a race to enhance virtual reality audio 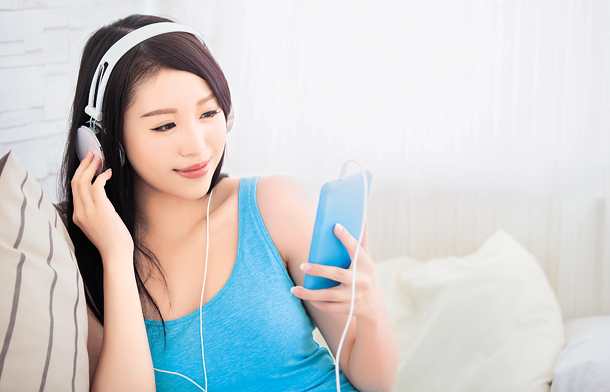 Mobile World Congress 2016 was supposed to be the world’s biggest mobile phone exhibition, but instead it turned out to be the biggest virtual reality theme park in the world. Electronics companies, as well as communications, semiconductor and automobile firms, were all eager to hand attendees VR gadgets.

Among the fancy machines and lights, a small but attractive VR booth stood out. Run by Qualcomm, a wireless mobile technology developer, the booth showed visitors a video of a cave adventure whose objective was to find a dragon using VR technology.

The event was designed to show off the technical advancements Qualcomm had made with its application processor, Snapdragon 820, which works as the brain of a smartphone device. A small screen and headphones were enough to give a lifelike experience as if travelling through a dark, eerie cave, made even more realistic with spooky sounds: The nearing footsteps of a furious dragon, the violent breath of the dragon’s fire and the sounds of the dragon’s sharp claws cutting through the cold air added to the dramatic intensity of the experience.

If the information technology sector before had been focused on enhancing the visual qualities of screen displays, the competition is now about who can make the best audio gadgets. The gist is, now that companies have designed high-end visual technology such as high-definition displays, VR and AR (augmented reality), they are eager to develop quality audio system to match the lifelike visual experience.

In 2013, Samsung Electronics built its Audio Lab in California’s Silicon Valley, recruiting 30 professionals from audio companies such as Bang & Olufsen and Gibson. An audio-video team was added at the company’s headquarters in Korea to create a synergy effect with the overseas lab. The electronic giant is concentrating on the sound quality of its TVs, to make the audio system bring out the best result and to make it fit into the thin TV bodies at the same time. “Consumers expect high quality sounds that match the ultra high definition TVs, and now the competitiveness of a TV depends on the audio performance of the gadget,” said a spokesperson from Samsung Electronics.

LG Electronics has had a team exclusively responsible for TV sound quality since 2009 to develop and improve the sound system. The company was the first to implement a spatial cognition system, which allows the TV to adjust to the surrounding environment and play the optimal sounds for its space.

Another new focus for LG Electronics is the sound system for smartphones. “Users like watching videos and playing games on their smartphones rather than reading things, and so the demand for a lifelike sound effect is rising,” said an LG Electronics spokesperson.

IT devices are doomed to lose their sound qualities the lighter, thinner and smaller they get, since they have to rely on small built-in speakers instead of the larger speakers that allow more vibration. Another factor determining the possibility of a good sound is the quality of the cable on the earphones and headphones. Listening to music wirelessly via Bluetooth inevitably lowers the quality of the sound, due to the way in which the technology divides up the information and sends it to the user a small amount at a time.

The key to overcoming the two major issues, the size and the cable, lies in compressing the sound source to minimize its capacity, but still keep the quality of the file so that it may be restored and played as similar to the original as possible. The technology needed in compressing and restoring a sound source is called Codec, or coder-decoder.

In the early days of IT devices, a technology called SBC was used as a Codec, which allowed users to wirelessly listen to music via Bluetooth, but only with a sound quality equivalent to that offered by a CD, about 16 bits, or 44.1 kilohertz in digital signal measurements. The higher the measurements, higher the quality of the sounds were. High-quality uncompressed sound sources are typically 24 bits, around 192 kilohertz.

An advanced version later developed was the apt-X, manufactured by a U.K. semiconductor company CSR. Qualcomm, which had acquired CSR in 2014, then presented the newly improved apt-X HD at the International Consumer Electronics Show (International CES) in 2016.

The premium phone launched by LG Electronics in September, the V20, is an example of a smartphone that uses the apt-X technology. The phone is capable of playing sound effects quite faithful to the original, covering all the low and high frequency notes in a way that a professional high fidelity (Hi-fi) audio source would. Digital Analogue Converters (DAC) are the key to producing quality sound effects. As the name goes, DAC converts digital signals to analogue sounds, during the process in which it eliminates the unnecessary static noise. A smartphone typically has a single DAC installed, but the V20 works on four parallel DACs, heightening its efficiency.

The DAC inside the V20 is manufactured by ESS Technology, a global audio component manufacturer, who also made the DAC used in LG Electronics’ prior model, V10. The latest version eliminates twice as much static sounds compared to the previous one, allowing for a much more vivid expression of subtle instruments such as the drum, cymbals and guitars that are hard to hear at a low quality output.

Sony is also eager to achieve the best sound results for its smartphones. For the Xperia X Performance model released July last year, the manufacturer has equipped the phone with a noise cancelling technology, which significantly reduces white noise, and a function which enables the gadget to convert the compressed sound source into high resolution audio (HRA). Sony utilized its own Codec which it developed last year called LDAC, playing sounds at 24 bits and 96 kilohertz, close to the sound source’s quality. The industry is very optimistic about the future of the technology.

IT companies are actively joining up with acoustic companies to take initiative in the competition. Recently, Samsung Electronics and Philips have partnered up with Dolby, a U.S. company specializing in audio noise reduction and audio compression. Samsung Electronics released a speaker called the Sound Bar consisting of 15 inner speakers in August, with the help of Dolby. The multiple speakers offer a cinema-like experience, in which the sounds flow multi-dimensionally.

LG Electronics teamed up with Harman Kardon, famous for its audio equipment. In the LG Signature OLED TV launched in March, 4.2 channel speakers were installed, which were jointly developed by the two companies. The TV has 10 built-in speakers, and has an acoustic output four times that of its predecessors.

The electronic giant’s premium smartphone V20 also carries a hint of the audio craftsman Harman Kardon’s touch. The earphones that come with the phone are the fruit of the teamwork between LG Electronics and Bang & Olufsen, whose volume is delicately adjustable in 75 levels.

Nova, a smartphone manufactured by Huawei, features Headphone:X, a speaker developed by the U.S. acoustic professional DTS. ZTE’s Axon7 smartphone has two frontal speakers which it had co-developed with Dolby, providing a three-dimensional output.

“These days, even the cheapest IT gadgets are installed with high-end, high-definition display technology, and the consumers’ expectations are moving from their eyes to their ears,” said Kim Im-kwon, a researcher at Hyundai Securities.

“IT companies will be vying for the best sound quality to match the real-life images provided by VR and AR devices.”