Park has the answer

Park has the answer 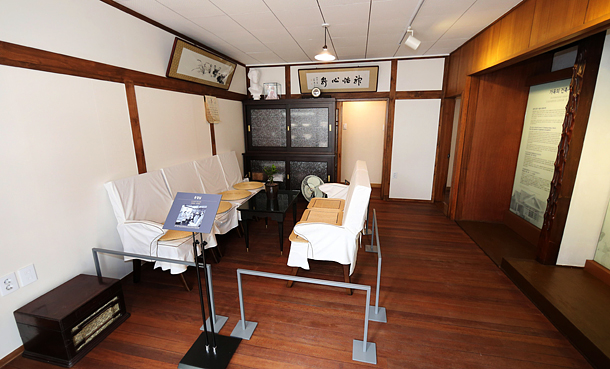 A few years ago, I had a chance to visit Ernest Hemingway’s birth home in Oak Park, Illinois. It was a two-story house with a small yard. A man welcomed visitors to the home where Hemingway was born in 1899 and spent his childhood. The living room, bedrooms and household goods had been restored.

Along with the nearby Hemingway Museum, the birthplace was a notable local attraction. Every year, more than 9,000 visit the house. The birth house and museum are maintained by the Ernest Hemingway Foundation of Oak Park, which was created by the people who love and cherish the memories of the author. The guides and staff at the home and museum are all volunteers.

The arson of former president Park Chung Hee’s birthplace in Gumi city, North Gyeongsang, on Dec. 1 reminded me of Hemingway’s birthplace. The suspect said that he set the house on fire because President Park Geun-hye didn’t resign. After the fire, the birthplace of Yook Young-soo in Okcheon, North Chungcheong, is also heightening security. Okcheon County spent 3.7 billion won ($3.16 million) in 2011 to rebuild a decent traditional house where Yook was born. Before the memorial ritual for Yook on Nov. 29, a threat to destroy the house was received.

Birthplaces of presidents are often used for political purposes, but they are basically records of leaders and local tourist attractions. They should be places locals take pride in and visitors stop by. It would be nice if it also helps the local economy. The guide who showed me around Hemingway’s Oak Park home had great respect for the author. A server at a café near the birth home was also proud that Hemingway was from the town.

Park Chung-hee’s birthplace is not something we want to take pride in. It is largely because of President Park. I don’t mean to defend the arsonist, as he committed a crime. Nevertheless, I wonder what Park Geun-hye would think if her faults resulted in her father’s birth home burned and her mother’s birthplace threatened.

The Sindang-dong, eastern Seoul, residence where Park Geun-hye spent her childhood has been restored as the “Park Chung Hee House.” This is where Park Chung Hee, then commander of the 7th Division of the Army, lived from May 1958 to August 1961 until he moved to the National Reconstruction Council chairman’s residence. A calligraphy piece, “Gentle Spirit and Tranquil Mind,” is hanging in the living room, It is said to be a phrase that Park Chung Hee liked.

Still in elementary school, Park Geun-hye must have not understood what it meant. She should know by now. Tormented by criticism, she may desperately want a gentle spirit and tranquil mind. But the citizens demanding her resignation want to end this crisis and return to serenity. How can we achieve this? Park Geun-hye has the answer.