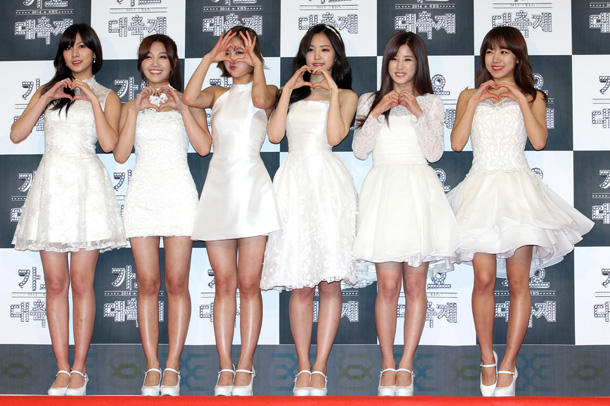 Girl group Apink unveiled the details of their upcoming release of their new album “Dear,” which will go on sale on Dec. 15

The latest record by the K-pop act will contain 12 tracks, with the brand-new song “Star of Star” as their next single. The song was produced by hit songwriters Duble Sidekick, who previously wrote the girl group’s hit song “Mr. Chu” (2015).

According to the group’s agency, the song will be an uptempo dance track with hip-hop elements.

The record will also contain five additional new songs, as well as remixes of their older hits, including ballad versions of “NoNoNo” and “LUV,” as well as an R&B version of “Only One.”

Additionally, the girl group is scheduled to perform in Korea at their sold out concert “Pink Party: The Secret Invitation” on Dec. 17 at the Jangchung Arena.