JonOne unveils exhibition of abstract street art : Harlem artist talks about growing up in New York, learning to express himself and bringing others into the fold

JonOne unveils exhibition of abstract street art : Harlem artist talks about growing up in New York, learning to express himself and bringing others into the fold

Various graffiti artworks including “Open Your Eyes” by JonOne, above, have arrived at the Seoul Arts Center for the exhibit “The Great Graffiti.” Along with JonOne, six other artists are participating in the show. [JONONE]

For graffiti artist JonOne, whose real name is John Andrew Perello, growing up in New York’s Harlem neighborhood was a blessing. Walking past colorful writings on walls and trains always excited him, and inspired him to fill his notebook with various tags, or personalized signatures. Eventually, he went out to the streets to express his passion, and as a 53-year-old artist, he now welcomes the Korean public to enjoy his paintings at the Seoul Arts Center. To learn more about his artistic world, the Korea JoongAng Daily sat down with JonOne for an interview.

Q. First of all, tell us a bit about your life history. How did you start?

A. I started to paint when I was 16, which is late compared to other artists. Graffiti started in my neighborhood, so what we see everywhere around the world today actually started where I grew up. As a kid, seeing people paint their names all over the neighborhood interested me the most. I used to ask myself, ‘Who’s doing this? Why are they doing this?’ Little by little, I started to appreciate it and look at it as a form of expression - kids going around and writing their names as a way to exist. So I wanted to be a part of it. I started by writing my name on notebooks at school, trying to imitate what I saw. One day, I went to the trains to paint my name on them, and started meeting other artists there. Those people had the same passion that I had, because you have to be very bold to go out and write your name on public property. By interacting with others, I started to develop my own style, which was abstraction. Abstract style was sort of unheard of at the time, because everybody was doing something very figurative, representative or graphic. So I was the only one doing abstract painting. 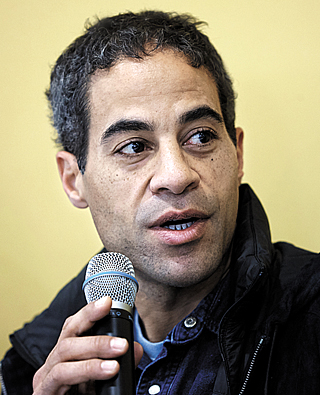 How would you describe your style?

People may say, “What is that?” when they first look at my work. Through the mess and chaos and the colors I compose, I intend to express the feeling of energy and enlightenment. I tried to recreate force, energy and light by painting on trains, and that led me to a very particular style. People sometimes ask me, “What does it mean?” But I have no answers for that. It’s like a journal of my life. It’s like how one doesn’t have straight answers when someone asks them, “How would you describe your life?”

When did you first consider yourself as an artist?

I don’t think you feel one day you’re an artist. It’s more like you have no choice. It came from the need to express myself and be someone who has the lights shed upon them. That’s where the whole meaning of “JonOne” comes from. I wanted to be somebody.

You said your name has a special meaning. What is it?

When I was living in New York, I was in love with this girl. Back then, I used to like graffiti but I didn’t imagine myself as a graffiti artist. To get her attention, I used to write “John loves Rosanna” all over the neighborhood. We went out, but she later broke my heart, so I couldn’t write “John loves Rosanna” again. I started writing “Jon” instead of “John,” and to regain my self-esteem, I called myself “JonOne.”

You recently did an art collaboration with a Korean electronics maker, designing electronic devices with your paintings. How did you feel about the project?

I really felt strong about it. I was happy that I could evolve as an artist and apply my artwork in different ways. It’s not just on walls, but on speakers, computers and stuff like that. It gives an opportunity to people who may not be exposed to art much but just a little bit of curiosity could lead to a big interest in art, and that’s how I got involved in art. I come from a household where culture was not emphasized much, encouraging us to go to schools, get degrees and get jobs. I was lucky enough to be exposed to art. So if somebody searches the internet, sees my name and gets interested in art, then that’d be really great.