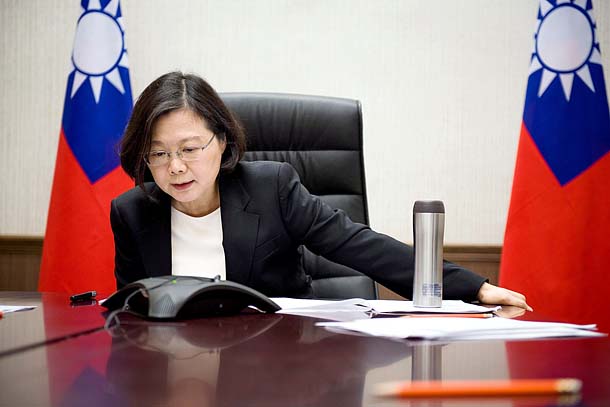 Two years ago, China and Russia concluded a 400 trillion won ($340 billion) deal for East Siberian natural gas supply. The negotiations took 17 years, and while the Chinese were prepared for the long haul, they were surprised by the Russians’ style.

“The Russians named the price they liked and would not budge, as if their eyes were closed,” one Chinese negotiator recalled. “They demanded China take Russia’s price.”

For leverage, China turned to Korea for help. In 2012, the China National Petroleum Corporation’s president, Jiang Jiemin, proposed Korea construct a gas pipeline from the Chinese city of Weihai in Shandong to Korea’s west coast, with the hope that including the Korean market would persuade Russia.

In January, Donald Trump will be inaugurated as president, and he has appointed ExxonMobil chief Rex Tillerson as secretary of state.

Tillerson is a veteran in the oil industry and has built his career doing business with Russia. Through his involvement in Russian oil projects, Tillerson has established a close relationship with President Vladimir Putin. While the United States and China are on different levels strategy-wise, Tillerson seems to have found Russia’s weakness through oil negotiations. The nomination of Tillerson suggests Trump’s foreign policy strategy is to use the relationship with Russia as leverage.

It is not unusual for a civilian to be made secretary of state. It is a very pragmatic American mind-set to maximize competitiveness in state administration through business, just as President John F. Kennedy appointed Robert McNamara, a Ford Motor executive, to be secretary of defense.

Trump is a pragmatist who is good at making deals, and his first diplomatic move was nothing but shocking. With one phone call, he challenged the 37-year-old taboo of “One China.” His conversation with Taiwanese President Tsai Ing-wen shook up the foundation of America’s East Asia policy. The Taiwan card casts a shadow of U.S.-China competition over the Korean Peninsula. As the rivalry escalates, inter-Korean relations will be swept up in the turmoil.

Some see it as an opportunity. Chun Yeong-woo, a former Blue House secretary for security, said, “North Korea’s denuclearization and the Taiwan card are incomparable values to China. It could be Trump’s tactic to meddle with the Taiwan card, China’s most core interest, to press China to more actively get involved in North Korea’s denuclearization.” Of course, we cannot rule out the possibility that North Korea’s nuclear weapons development could speed up as a result.

The external situation is becoming increasingly volatile. Trump is involving Russia and Taiwan to pressure China and North Korea. In the midst of it all, I cannot shake off the feeling that South Korea, an ally, has been pushed to the periphery. While Korea desperately needs to focus all its energy to prepare for the security earthquake, the foreign policy and security lineup is trapped in the quagmire of the Choi Soon-sil scandal and a possible early presidential election.


*The author is the deputy political editor at JTBC.