Surviving the next six months

Surviving the next six months 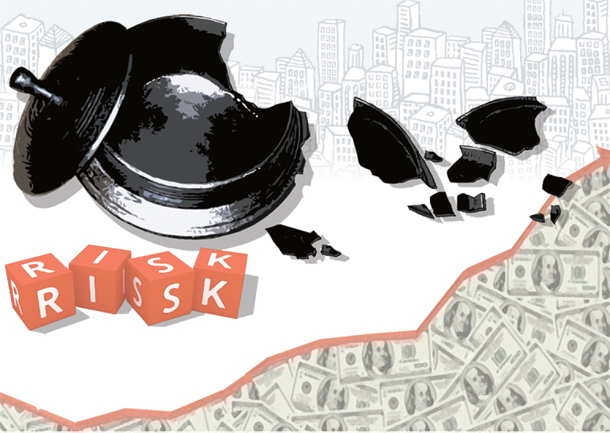 I feel angry, depressed, empty and bitter to the point of anguish. I don’t seem to be the only one. The symptoms have been attributed to so-called Soon-sil syndrome, named after the civilian who wielded massive influence over the president and enjoyed the benefits from her connection. It is a syndrome shared by the majority of the population, who are in a state of disbelief, outrage and demoralization after learning how they were utterly betrayed by the president and elites for the last four years.

Economic conditions have gone from bad to worse. Youth unemployment is hitting all-time highs, and the economy is sinking deeper and deeper into a pit. There is no end to the bad news. The latest blow is the interest rate move by the U.S. Federal Reserve. Last week’s increase of a quarter percentage point — the second in a decade after the last move a year ago — had long been anticipated.

But it has bigger ramifications. The move heralds a tightening cycle in the world’s largest economy that had been most aggressive in pouring out easy and cheap liquidity over the last decade. The Fed warned of three additional raises. The pace could be more brisk if the economy and inflation gain more steam.

I put my bets on accelerated tightening. Market yields jumped sharply even before the Fed’s hike on expectations for inflation and expanded fiscal debt, a possible result of Donald J. Trump’s ambitious infrastructure spending to meet his goal of raising growth to 3 percent to 4 percent. Bond prices will plunge upon the increased supply of government treasuries. Yields will move in the opposition direction.

It’s okay for bond yields and interest rates to move up in the United States. They do not have a sinking economy and leadership in limbo. Korean market yields, though, have been tracing U.S. benchmarks. The floating rates for mortgage-backed loans have shot up.
Higher yields translate to bigger interest burdens for the borrower. Debt-ridden households and companies will suffer. They have been struggling each month to make ends meet, and higher interest costs will only hit them harder. At-risk households with debt exceeding 40 percent of their disposable income will total 1.34 million.
The situation will be far more devastating for unlisted companies. When interest rates move up, the number of heavily indebted individuals and enterprises will increase. According to the Bank of Korea, there are 450,000 self-employed households in deep debt. When interest rates rise by 1 percentage point, there will be 30,000 more. Overall, the number of heavily indebted households will increase by 100,000.

The toll on our fragile economy will be devastating. Household and corporate income have been stagnant due to the slow economy. Korea’s household debt ratio against gross domestic product is higher than in many other countries, and troubled companies’ ability to pay back interest has been sinking because of stagnant income. The economy is expected to do worse next year. Exports and domestic demand both remain mired in a slump. Some even predict growth to be less than 2 percent next year. Increases in the U.S. interest rate could set off a private-sector debt bomb.

What must the government do? A new administration could come as early as the second half if the Constitutional Court endorses a legislative motion to impeach the president. The interim government must manage the risks. It must not push with bold reforms. It should instead tend to the downward risks and leave the heavier work to the next administration.

The best solution for troubled households and companies is structural reform. Household debt could be pulled down through increased income and cutting the debt-to-income ratio. It is too risky a job for an interim government. Instead, the central bank could lower or freeze interest rates to prevent further deterioration. An increase could trigger an explosion in household debt.

Weak companies must be cleared through radical restructuring to realign the industry with stronger and more promising enterprises. Companies will report better results when zombie players are weeded out. But for now, the work should be left up to the market. The government must not interfere by deciding what companies to close down as it did with Hanjin Shipping.

I am not saying the government should halt its reform drive. The Kim Young-sam administration in its final year carried out reforms in 1997. As a result, the country became unsettled and vulnerable to outside shock. Reforms went down the drain and the country had to seek an international bailout. A relief pitcher should play the role of an ace.

The government should also be prudent in fiscal management. It must spend more since the public sector remains sound while the private sector is in a wreck. Next year’s budget will be just 0.5 percent more than this year’s when including the supplementary budget.

But it is too early to talk about a supplementary budget now. It must first expedite budgetary spending in the first half and leave a more aggressive role to the incoming administration in the second half. What is most needed from an emergency team is a rescue campaign effective enough to resuscitate the economy for a bigger surgery later.


*The author, a former editorial writer for the JoongAng Ilbo, is an adviser to the Korea Institute of Finance.