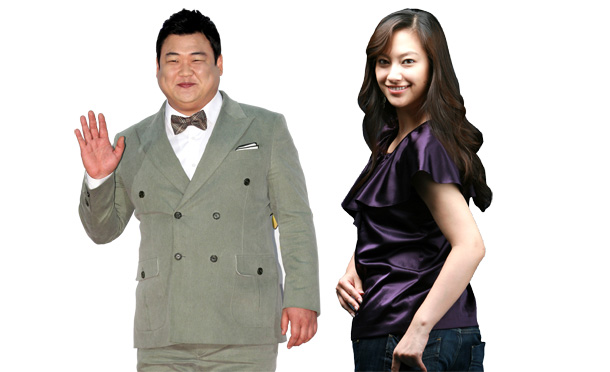 The comedian’s newborn daughter was born on Sunday afternoon at a hospital in Gangnam at Seocho District, southern Seoul. Kim first publicly announced his wife’s pregnancy on the MBC every1 variety show “Video Star” in August. This is the couple’s first child after three years of marriage.

The comedian debuted on the KBS2 flagship comedy show “Gag Concert” in 2007, and is now frequently regarded as one of Korea’s rising variety stars, appearing on many television programs including tvN’s “SNL Korea.”

The actress also gave birth to a baby girl at a Gangnam hospital on the same day. The actress’ oldest was born in 2012, while her second child was born in December 2015.

Shin debuted as an actress and model in 2000, and became popular after her appearance on the MBC reality TV show “We Got Married” in 2008. She got married in 2011 and has since taken a break from entertainment to focus on her family.