What cards do we have?

What cards do we have? 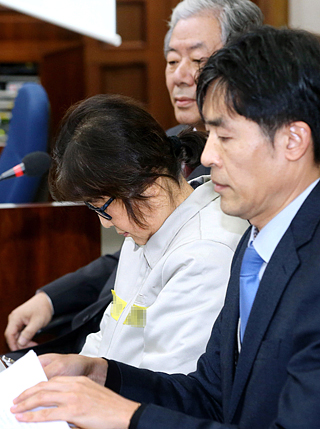 “Now, we take for granted that the Security Council talks about human rights in North Korea as if it matters right alongside nonproliferation, but that is a new development,” American UN Ambassador Samantha Power said in November. Despite fierce opposition from China, the council has selected North Korean human rights as one of its official agenda items for three consecutive years.

The Security Council has the authority to bring crimes against humanity cases to the International Criminal Court. Such discussion scares the Kim Jong-un regime. At the moment, China’s veto helps North Korea avoid the issue going to court, but China could stop providing the barrier at any time.

No one can dial back the clock. It is not acceptable for our government to change its position on the North Korean human rights issue because of an administration change. However, the report card on the nuclear issue is quite disappointing. The Obama administration’s “strategic patience” is not the only thing that failed. Seoul also failed after going along with Washington’s direction. Foreign Minister Yun Byung-se pledged in February that new international sanctions would go “all the way,” but seven months later, North Korea boastfully conducted its fifth nuclear test.

Yet it is hard to find repentance or regret from the government. Korean diplomacy lacks creativity and drive when dealing with the nuclear threat. Thanks to the sanctions’ innate loopholes, North Korea was able to get cash and supplies to continue its nuclear development. It was too naïve to hope that Beijing would help the blockade. Excessive hopes and expectations hinder a clear reality check. Did Seoul not realize that the sanctions had many loopholes from the start? Did they knowingly compromise? The reflection should begin here.

The main culprit of the nuclear crisis is, without argument, the North Korean regime, which still refuses to talk and only focuses on nuclear development. But diplomacy is the art of changing the seemingly unchangeable, as seen in the nuclear deal with Iran.

When Donald J. Trump is sworn in as president in January, the new administration will ask Seoul to embrace a different approach from strategic patience. Tension is already escalating between Washington and Beijing. It may become even harder to seek cooperation from China on the nuclear issue. What diplomatic cards does Korea have prepared?