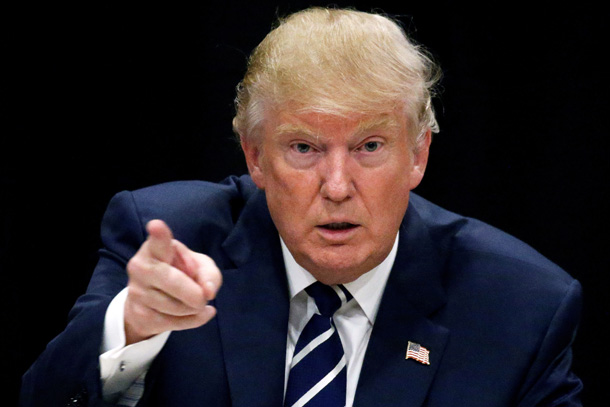 Donald trump dislikes shaking hands. I was quite surprised by his reluctance to shake hands in the early days of the primary campaign. At first, I thought it was a strategy to highlight his charisma. But it turned out he is a clean-hands freak. “I feel much better after thoroughly washing my hands, which I do as much as possible,” he wrote in “The Art of the Comeback.” In the book, he even called shaking hands “barbaric.” But during the campaign, he changed. He was still not eager to shake but didn’t refuse. On the change, he said, “Can you imagine if I said I won’t shake anybody’s hand?”

Trump is a gambler. In 1990, there were three high rollers called the “whales,” and one of them was Akio Kashiwagi. In February, he visited Trump Plaza and won $6 million in two days. Trump was furious and invited Kashiwagi back three months later and played baccarat. After six days of playing, Trump successfully retaliated and took $10 million back. That shows his tenaciousness.

A month and a half after the election, Trump’s style has become obvious. He can’t stand losing and does not listen to others, except for his children and son-in-law. But if he sees a chance and is convinced he can win, he moves quickly.

Japan seems to have resorted to the strategy of making friends with his family. Tokyo used its network in New York to get close to Jared Kushner, husband of Trump’s daughter. Japanese Ambassador to the United States Kenichiro Sasae had a phone conversation. Korea is not there yet. So we should hope that Trump is already convinced of our importance. There are important issues from the Thaad deployment, North Korean nuclear tension and trade pressure. And Korea’s president is suspended. Those who know Trump advise that an article in the New York Times or Washington Post is more influential than 100 meetings with someone remotely related to Trump. Korea needs to make efforts to present Korea’s position convincingly through the American media. But there is no one who can play the role in the Korean Embassy, as the post of communications minister was eliminated 10 years ago. This is the pathetic reality of short-sighted diplomacy.

While Trump is viewed as a monster by many, the background of the decision for Melania and 10-year-old Barron not to move into the White House was all-too-human. The Trumps decided that Barron should stay in New York to avoid a change in his environment.

Everyone has their worries, even The Donald.