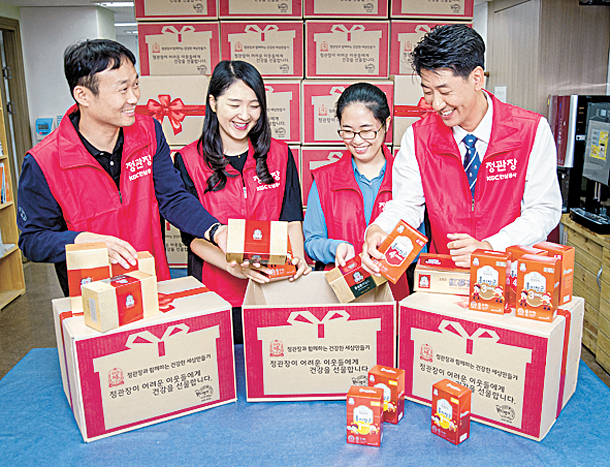 Since 2011, KGC has provided educational programs such as ‘Health Sharing Education’ to 600,000 students in kindergarten, elementary and secondary schools in Korea, in affiliation with institutes like the Ministry of Education, the Korean Institute of Child Care and Education, the National Police Agency, Good Neighbors and Korea Food for the Hungry International.

KGC also develops and supplies teaching aids and apps for parents, so that they can become informed about children’s health and welfare. In December, the company hosted the Safety Diary Competition and Health Sharing Drawing Competition with children who participated in its programs, in order to maximize educational effects.

Also, KGC organizes other educational sessions, such as “Healthy School Education,” in which social workers live on over fifty campuses and provide classes to build student character.

Moreover, KGC has developed its own donation culture. Every month, it sends three tons of ginseng products in a gift box to underprivileged people through Food Bank.