Still against the deal

Still against the deal 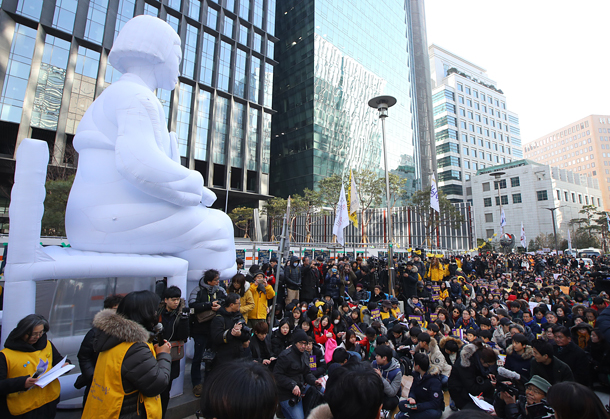 Marking the first anniversary of the agreement to resolve the issue of Japan’s wartime sexual slavery between the Korean and Japanese governments on Dec. 28, 2015, protesters demand the deal be scrapped after the 1,263rd weekly Wednesday rally supporting the victims was held in Jongno District, central Seoul. A 5-meter (16.4 feet) tall float of a “comfort women” monument made an appearance, representing the young girls who were forced by the Japanese military into sexual slavery during World War II. A civic group tried to install a comfort women monument in front of the Japanese consulate in Busan as they staged a similar rally to protest the deal, but the statue was removed by police. [YONHAP]