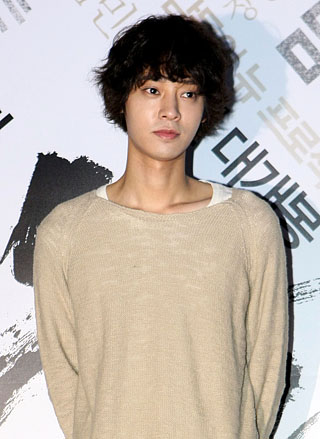 Fans may be seeing singer Jung Joon-young sooner than expected, as he plans on releasing a new record next month.

According to an official statement by his agency C9 Entertainment on Tuesday, “while Jung has been recharging himself after taking a break from all activities, he is now planning on unveiling a new solo record in February.”

The singer previously uploaded a hand-written letter to his official fan site on Sunday, providing New Year’s greetings as well as confirming that his newest album was in the final stages of production.

Meanwhile, Jung has been taking a break from public appearances since October after being wrapped up in a sex tape scandal. Although the singer was found innocent by prosecutors, he left the cast of the KBS2 variety show “1 Night 2 Days” to take a hiatus from television.

Although fans of the show and even its cast members have asked for his return, the singer remains hesitant to return to the variety show.

“We plan on respecting the singer’s wishes to concentrate on his music,” said Jung’s agency.