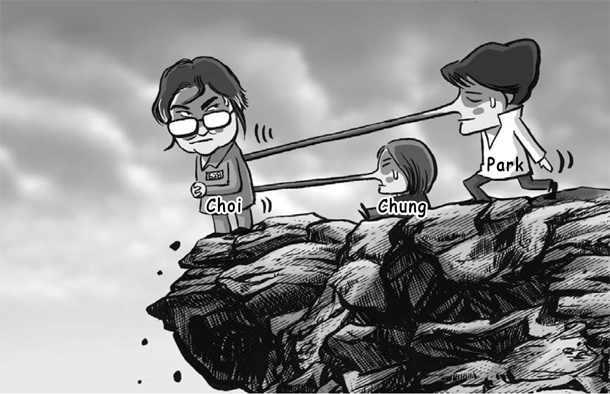 After President Park Geun-hye denied her involvement in the abuse of power scandal involving her friend Choi Soon-sil at a New Year’s Day meeting with the press, Chung Yoo-ra, Choi’s daughter now under detention in Denmark, said her mother was responsible for her sketchy admission to Ewha Womans University in 2014.