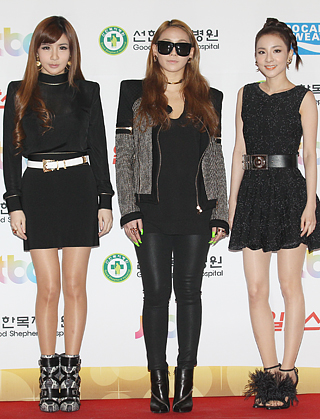 Recently disbanded girl group 2NE1 made a surprise announcement that they will release one final song later this month.

According to their agency YG Entertainment on Thursday, the group is unveiling their song “Good Bye” on Jan. 21. Each group member recorded and starred in the music video except for Minzy, who left the agency last April to sign with The Music Works.

The girl group formally disbanded last November when Park Bom’s contract with the company was not renewed while remaining members CL and Dara remained with YG. News of their disbandment came during a time when the group had not released a song in two years and rumors were circulating that they were preparing new music as a three member squad.

Additionally, reports Friday said that the song was originally supposed to have been included on CL’s upcoming solo album, but was later given up for the sake of the fans. She reportedly wrote the lyrics for the song while working with pop musicians J Gramm and Rock Monroe.

The girl group originally debuted in 2009 and later rose to be one of the country’s most successful acts, releasing a number of chart-topping singles including “Fire,” “I Don’t Care,” and “Come Back Home.”