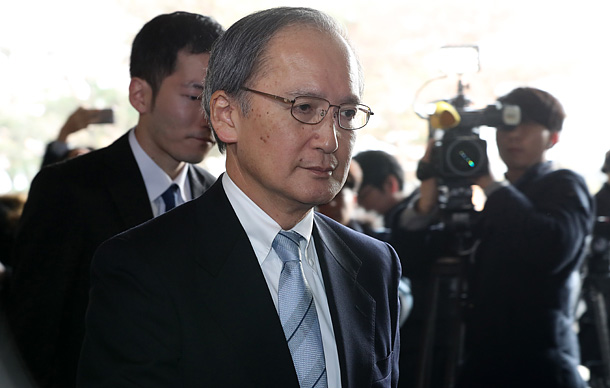 Korea’s foreign affairs are entering a period of turbulence.

To protest Korea’s agreement with the United States last year to allow the deployment of a Terminal High Altitude Area Defense (Thaad) missile defense system, China is pressuring Korea with direct and indirect means such as banning operation of charter flights to Korea and sending military planes into Korea’s air defense identification zone.

After Korean civic groups erected a monument to so-called comfort women near the Japanese consulate in Busan, the Japanese government stopped a negotiation on a currency swap deal with Korea and ordered its ambassador and consul-general to return temporarily. Japanese Prime Minister Shinzo Abe told media that Japan gave 1 billion yen ($8.7 million) to a fund for the former sex slaves so Korea must implement the comfort women settlement announced in December 2015 by removing the statute.

The rapidly worsening relations with Japan and China appear to be caused by the Korean government’s failure to explain its key foreign affairs policy decisions to the Korean public and a more nationalistic form of diplomacy by Japan and China. Possibly they are trying to exploit Korea’s vulnerable political situation in the aftermath of the presidential impeachment.

The Korean government’s recent foreign affairs policies, such as the Korea-Japan agreement on the settlement of the comfort women issue in December 2015 and the Thaad deployment decision with the United States in 2016 and the Korea-Japan military intelligence-sharing pact in November 2016 were unavoidable choices for Korea’s national interests and security.

Korea-Japan relations showed some signs of a thaw since the comfort women deal and a project to restore the victims’ honors was launched after establishing a foundation using Japan’s money. The decisions to deploy the Thaad battery and to sign the military intelligence pact were to bolster our defenses against North Korea’s nuclear and missile threats.

And yet, it is regrettable that the government failed to persuade the political parties, media and civic groups in Korea about its decisions.

Because of the poor handling of the issues, presidential contenders are now demanding the agreements be abolished or renegotiated.

China states as one of its five foreign affairs principles that it will not intervene in another country’s domestic affairs. Resisting Korea’s Thaad deployment is against its diplomatic principles.

Since Abe’s address to mark the 70th anniversary of the end of World War II in August 2015, Japan admitted that its wartime history deeply wounded the dignity and honor of many women and pledged to remember its past wrongdoings. It agreed with the Korean government to make the restitutions and establish the foundation. It must seriously contemplate the reasonableness of its latest actions.

We must put more aggressive diplomatic efforts into restoring relations with Japan and China while paying more attention to growing uncertainties in the security affairs of the East Asian region. The new administration of Donald Trump will launch on Jan. 20, and it will likely push forward a new strategy in the Asia-Pacific region.

North Korea’s Kim Jong-un will push forward his nuclear and missile developments as pledged in a New Year’s address, adding more insecurity to the Korean Peninsula and East Asia. In order to prepare for these larger uncertainties, we must minimize the ruptures in relations with Japan and China.

In order to restore trust among the three countries, Korea must propose trilateral foreign minister talks or a trilateral meeting of national security advisors.

National Security Office Head Kim Kwan-jin recently went to Washington to coordinate strategies with the incoming U.S. administration. We must use this opportunity to resume talks with counterparts in Japan and China in order to create a stepping stone to seek the stability of the peninsula and East Asia.

Foreign and Defense ministries must give detailed briefings to the leaderships of the major political parties in order to maintain a consistent foreign policy amid the leadership vacuum. In order to stabilize the turbulence in foreign and security affairs of Korea, we must employ more aggressive and preemptive moves at home and abroad.


*The author is a professor of the Korea National Defense University’s National Security Graduate School.