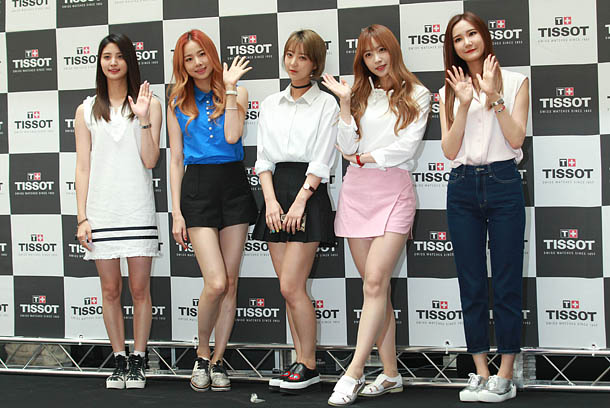 Girl group EXID’s Chinese music video for their hit song “Up & Down” has been edited and re-uploaded in response to complaints.

After a Chinese media outlet reported on Wednesday that the music video was blocked one day after its release, record label Banana Culture Entertainment said the scenes that offended some viewers were deleted and re-edited.

The outlet reported that the scenes in question were deemed offensive as group members were seen dancing in revealing attire in front of a set made to resemble a traditional Chinese palace.

“At the time of the music video filming, our Chinese staff members said there would be no issues, but we decided to take action after concluding that the scene could cause future problems, though we did not receive a formal complaint from the government,” said the company.

The girl group released their first Chinese music video, for their single “Cream,” on Dec. 20.