Hope hinges on the duo

Hope hinges on the duo 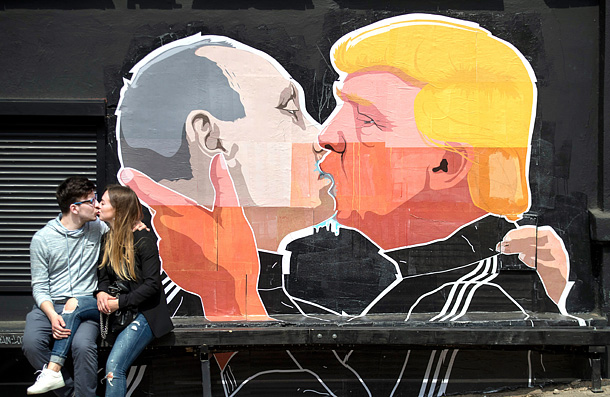 Donald Trump’s journey to make America great again has begun. The White House website posted six major issues to make America great again. The second one is “America First Foreign Policy,” which emphasizes “peace through strength.” The message continues: “The world must know that we do not go abroad in search of enemies, that we are always happy when old enemies become friends, and when old friends become allies.”

Here, we need to pay attention to “old enemies becoming friends.” America’s old enemy is Russia. It is well known that Trump is pro-Russia. Even after Russia’s involvement in the U.S. presidential election campaign was confirmed, Trump did not change his favorable attitude toward Putin, claiming that economic sanctions on Russia should be removed.

Therefore, Trump is likely to discuss various international and regional issues with Putin. It is expected that a U.S.-Russia summit will be held within the first half of this year. Russia’s presidential press secretary Dmitry Peskov said on January 21, “Let’s hope for the best — that the meeting will happen in the coming months.”

Meanwhile, Trump and Xi Jinping’s relationship is likely to be the worst since the U.S. and China established diplomatic relationship in 1979. During the campaign, Trump blamed China for manipulating currency and warned of an inevitable trade war. Therefore, Korea should put hopes on the Trump-Putin summit for the resolution of the nuclear issue.

On January 15, Trump said, “For one thing, I think nuclear weapons should be way down and reduced very substantially.” He emphasized that nuclear arms reduction could be discussed with Russia. He wants to negotiate the deal in exchange for removing sanctions. In July 1991, America and Russia agreed to reduce nuclear weapons by half in the Strategic Arms Reduction Treaty. Let’s hope that the experience of reducing the possibility of a global nuclear war would help the Korean Peninsula.

North Korea has become closer with Russia than China, which it even ridiculed as a “foolish power.” Pyongyang thinks that Beijing only provides enough aid to survive, but Moscow would offer handsome help. Back in 2014, Putin generously wrote off 90 percent of North Korea’s debt from the Soviet era, amounting to about $10.9 billion.

Moscow also promised to make a reinvestment on North Korea’s education, health and energy — if Pyongyang pays back the remaining 10 percent over 20 years. As a result, the economic cooperation between North Korea and Russia has been active outside the boundary of the UN sanctions.

Before Trump meets Putin, Seoul should work to have a peaceful resolution of the North Korean nuclear crisis included in their agenda. It is necessary to round up tempting items for Trump and Putin. Just as Germany took the chance for reunification when the United States and the Soviet Union had a friendly moment, Korea should not miss the chance while the United States and Russia get along.