What to expect from tech giants at MWC

What to expect from tech giants at MWC 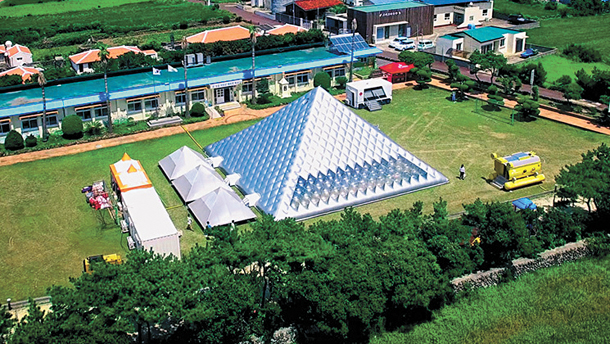 SK Telecom will run a mobile museum “T.um Mobile” at the Parc de Montjuic in Barcelona during the 2017 Mobile World Congress from Feb. 27 until March 2. T.um Mobile is the world’s first “moving” museum that lets visitors experience SK’s various information and communications technologies, aimed mainly at children, and this will be the first time it is installed overseas. This photo shows the T.um Mobile installed in Gapa Elementary School at the southern end of Korea, in August. [SK TELECOM]

Last year, the Mobile World Congress, the biggest annual tech fair in Europe, declared that mobile is “everything.”

The 2017 edition of MWC, slated to kick off Monday in Barcelona, Spain, is taking that idea one step further by saying that mobile isn’t just a communication device or technology. Under the slogan, “Mobile, the next element,” the show is poised to proclaim that mobile is a force behind every emerging innovation and forward-thinking idea that will change today’s world.

Since the commercialization of the next-generation 5G connectivity is three years away, the exhibition is set to feature more tangible and advanced technologies and services that will tie practically everything to each other on the back of 5G.

That explains why the show is adding a new exhibition hall this year, dubbed NEXTech, which will be solely devoted to virtual reality and augmented reality hardware and software companies, humanoid robots, cognitive computing and artificial intelligence. 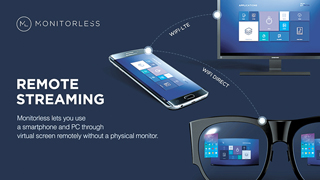 Samsung Electronics will showcase at the MWC Monitorless, a virtual reality solution that enables users to watch the content in a separate PC or remotely control 3D graphic image tools without a physical monitor. [SAMSUNG ELECTRONICS]

“With the fourth Industrial Revolution now well under way, NEXTech will demonstrate the most forward-thinking companies and technologies currently disrupting the ICT ecosystem,” said Michael O’Hara, chief marketing officer of GSM Association, a trade body representing mobile operators worldwide. The organization has about 800 mobile operators as well as almost 300 companies as members.

O’Hara said the 2017 MWC will highlight “just how elemental mobile has become in our everyday lives and the positive impact it is having for billions of people around the world.”

The exhibitors are diverse - from mobile carriers to mobile phone and device producers, software developers, equipment providers and start-ups to a large number of carmakers. Tech giants such as Samsung Electronics, LG Electronics, SK Telecom, and KT as well as smaller firms and fledgling start-ups are representing Korea, boasting their technological prowess with devices and services.

SK Telecom will tout its AI capability by showcasing robots. One of them carries a head that is equipped with a camera and a screen so that it can express emotions like humans and recognize movements of users’ hands. When the user holds out a hand, the robot stops operating. Its voice recognition ability makes it possible to follow the user. The top telecom operator will also unveil prototypes of two other robots. They are: a pet bot developed by Innovative Play Lab, and a robot for shops that serves customers and help them pay.

“We are trying to expand our AI ecosystem through innovation and partnership with various parties,” said an SK Telecom spokesman, “based on the idea that AI-related services and devices along with advanced voice and video recognition will determine whether we will achieve success in AI business in the future.”

The carrier will also show off an intercontinental 5G network, or 5G roaming, which it successfully demonstrated last week with partners Deutsche Telekom, a German operator, and Ericsson, a Swedish network equipment developer.

Samsung will break the past few years of tradition of taking the wraps off its Galaxy S smartphone series at the trade fair. The company unveiled the Galaxy S7 and Galaxy S7 Edge last year with a big announcement.

This year, it will unveil the Galaxy Tab S3 tablet, the successor to the August 2015 model. Samsung is instead scheduled to reveal the much-anticipated Galaxy S8 flagship phone on March 29 as it’s taking more time and prudence with development after the debacle last year with its fire-prone Galaxy Note7.

Sources say the new Samsung tablet is expected to carry a 9.6-inch display, a 13 million-pixel rear-facing camera and a 5 million-pixel front-facing camera. Samsung throwing a unpack event for a tablet - far from being a main product category - for the global audience is unprecedented. Tablet sales have been on the downward spiral.

Samsung will introduce four VR- and AR-related services and solutions developed by its in-house start-up unit called Creative Lab, though. They include Relumino, a visual assistant for people with low vision and the blind in reading and TV watching, and Monitorless, which enables users to watch the content contained in a separate PC or to remotely control 3D graphic image tools without a physical monitor. Both use Samsung’s Gear VR headsets.

LG is scheduled to unveil its flagship smartphone G6 a day before the show begins. The model will have a 5.7-inch screen and is set to become the first non-Pixel phone to be powered by Google Assistant, allowing access to the Android system’s chatbot-style interface.

Among other big names, Sony is reportedly planning to unveil five smartphones including a new flagship with a 5.5-inch 4K display optimized for virtual reality, as Huawei, China’s top smartphone producer and the world’s third player after Samsung and Apple, will announce a new iteration of its P-series devices, the P10.

The MWC is set to see a wider range of automakers, too, given the lightening-fast 5G connectivity will be essential for connected vehicles and autopilot technologies. No Korean automakers are joining, however.

“The 2017 Consumer Electronics Show [in January in Las Vegas] saw a number of automakers that placed autopilot technologies under the spotlight but the 2017 MWC will be more about self-driving cars based on 5G networks and related discussions,” said Hong Won-kyun, a researcher at Digieco, a think tank under KT.

While self-driving technologies are still in the middle of evolving, with Google and Tesla being the most high-profile evangelists, connected cars are already on the market - mostly in the form of in-vehicle infotainment and dash systems. In a much more advanced form, connected cars will be interconnected to exchange data, alert drivers to potential collisions or traffic changes and help drivers reduce fuel consumption.

BMW is joining the Spanish show for the first time to show off autopilot cars without a driver in an outdoor exhibition space and other automakers such as Ford, Mercedes-Benz and Volkswagen will be touting their autopilot prowess. Huawei is expected to show how 5G networks manage connected cars while LG and Samsung are seen unveiling autopilot-related solutions and components.

The GSMA expects more than 101,000 professionals from the mobile industry and related sectors at this year’s event. Executives from KT, a leading telecom carrier; Line Corp., operator of Line mobile messenger, as well as Huawei, Nokia, Niantic, SoftBank and Nokia are slated to speak.

KT’s Chairman Hwang Chang-gyu will discuss the challenges and opportunities facing the mobile industry and share insights on how mobile operators can support global economic growth and social capital.