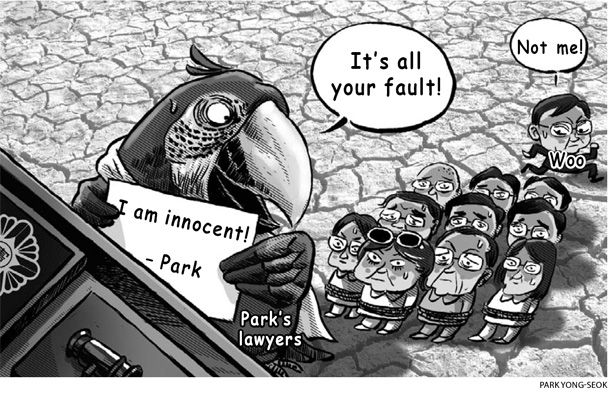 In a written testimony to the Constitutional Court, President Park Geun-hye flatly denied all charges against her, saying she was only responsible for not keeping Choi Soon-sil and her associates at bay. Meanwhile, the Seoul District Court rejected special prosecutors’ request for a warrant to arrest Park’s former secretary for civil affairs, Woo Byung-woo, citing a lack of evidence.