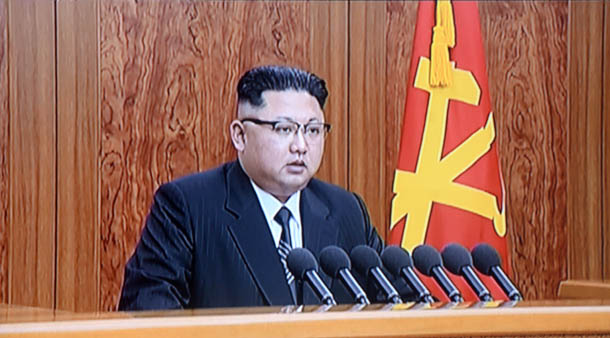 In recent days, the U.S. press has given undeserved prominence to reports of a prospective Track 1.5 U.S.-North Meeting between former U.S. officials and senior North Korean officials, a delegation led by Choe Son-hui, the North American Affairs Director of Pyongyang’s Foreign Ministry. A screaming headline on the front page of the Washington Post could have led some to think a breakthrough was imminent.

This has unfortunately created a false impression among many in South Korea that such a meeting is a sign of a coming shift in U.S. policy toward North Korea, one without consulting South Korea or other allies. This one is postponed for now, as the U.S. State Department withdrew the North Korean visas after an autopsy in Malaysia of Kim Young-nam, the assassinated half brother of Kim Jong-un, revealed that the VX nerve agent was used.

Regardless of the fate of such a meeting, it is not, repeat, not, part of any strategy or policy of the Trump administration. It is an effort by concerned outside experts to play a role in the policy process, as the Trump administration undertakes its review of North Korea policy. To be sure, Pyongyang’s growing nuclear and ballistic missile capabilities have moved it to the top of the priority list for U.S. foreign policy.
Having participated in my share of such Track 1.5 and Track 2 meetings, I can say that on occasion, they are useful in getting first-hand the current views of the Kim regime. But they also can be mischievous.

North Korea often uses such meetings for propaganda purposes, floating informal ideas like peace treaties or missile test moratoriums to put pressure on the U.S. and South Korean governments and to portray themselves as the benign actor seeking peace.

As North Korean official statements have stressed, and its spokespersons have emphasized, Pyongyang considers itself a nuclear state. They have no interest in discussing denuclearization: their goal is to be accepted as a de facto nuclear weapons state like Pakistan and treated as a normal nation. One of the purposes of UN sanctions is to demonstrate that the world will not accept a nuclear North Korea.

For the record, it must be recalled that the September 2005 Agreed Statement of the Six-Party talks included everything Pyongyang had ever demanded: energy aid, economic aid, normalization of relations with the U.S., a peace treaty — all contingent on progress in the denuclearization of the Korean Peninsula. Yet, as with many other such agreements, Pyongyang walked away from it.

That is the view of the other five parties — U.S., South Korea, China, Japan, and Russia. That offer is still on the table, and remains the basis for serious dialogue. But Pyongyang calls it “ancient history.”

The rapid acceleration of missile tests along with its fifth nuclear test has produced a heightened sense of alarm in Washington and Seoul. This has sparked a policy debate, unfortunately, one marked by historical amnesia.

Listening to the proposals of some very prominent people and institutions, you might think the past 25 years of diplomacy never happened. Among the torrent of ideas — ranging from be nice to them and a peace treaty on one end of the spectrum to pre-emptive strikes and regime changes on the other — I’ve yet to see one viable policy idea that has not already been tried and failed.

One trait with American pragmatism is that they tend to think that all problems have solutions, if only the policy is right. But as frustrating as it is, North Korea is a perplexing problem that for now, can only be managed.

That said, we should keep events like Track 1.5 meetings in perspective. Regardless of what the policy is, it is important to keep channels of communication to North Korea open — if only to reduce the risk of miscalculation and make clear our policies. But don’t expect much to emerge from any such dialogue. The great American writer Ernest Hemingway once advised that one should never confuse action with movement. Wisdom worth heeding.


*The author is a senior fellow of the Brent Scowcroft Center for International Security at the Atlantic Council and its Strategic Foresight Initiative. He served as a senior counselor to the Under Secretary of State for Global Affairs from 2001 to 2004, as a member of the US Department of State Policy Planning Staff from 2004 to 2008, and on the National Intelligence Council (NIC) Strategic Futures Group from 2008-2012.Follow him on Twitter @RManning4.