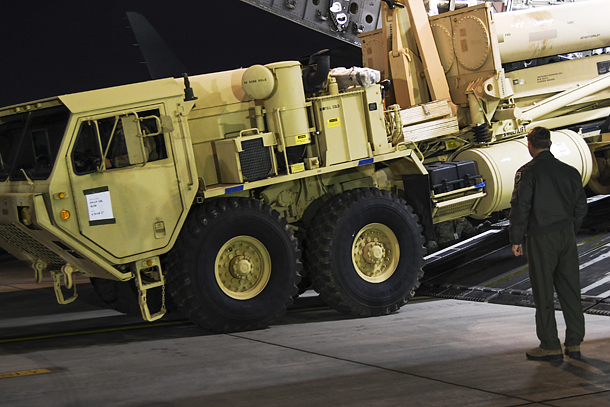 In the background of China elevating its diplomacy with neighbors to the G-2 diplomacy level is the ironic situation that countries who have a close geopolitical relationship enjoy the economic fruits from China while expanding security cooperation with the United States.

As their dependency on China grew, the presence of America was supposed to decrease. But the reality was just the opposite.

Since 2014, China’s diplomacy with neighbors has focused on bringing them around as a community sharing their national interests and fates with China. The One Road One Belt project of building roads and railways and developing ports and airports in Asia and Europe helped China’s foreign policy. China thought that once the economy was connected with a gigantic market and production capacity and capital through the marine and overland network, it won’t be easy for them to turn their backs on China.

As the Thaad deployment began in Korea, China has started reckless economic retaliation, mostly in the areas with little impact on its industries. It does not suit the dignity of a country promoting the One Road One Belt project, which it calls a Eurasian version of the Marshall Plan. It will only remind partner nations that they should be cautious and never make an all-in bet on China.

However, China has been expressing unreserved repulsion towards Thaad for the past two years. There are three hidden intentions in opposing Thaad deployment, based on direct and indirect discussion with Chinese scholars, media and think tank insiders.

Second, it is a matter of hegemony, as it was something that cannot be touched if not ready for a war. Beijing ferociously oppose deployment because once the strategic weapons system is deployed, it would be hard to push out the US military presence from the Korean Peninsula.

Last, when Thaad is deployed, the strategic balance between South and North Korea would be broken, considering the dynamics of defense and attack. The grand premise of a frequently mentioned preemptive attack on North Korea by the United States is whether Korea has the shield to withstand the strikes of remaining North Korean missiles after the surprise attack.

If a sudden change happens in the North, China’s dream to push out the United States from the region and establish hegemony by 2049 would be seriously damaged. If the Thaad issue involves such complicated dynamics, China’s retaliation has only begun. Korea needs to be alert and ready.


*The author is the deputy editor of the JoongAng Sunday.