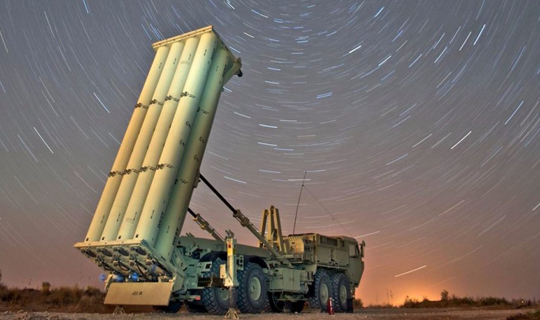 North Korea-related events have been making headlines with alarming frequency in recent weeks. The most intriguing saga, the Feb. 13 assassination of North Korean leader Kim Jong-un’s half brother Kim Jong-nam in Malaysia, continues to unfold. It quickly overshadowed the most significant event, the Feb. 12 launch of a solid-fueled intermediate-range ballistic missile (IRBM) theoretically capable of hitting targets as far as U.S. bases in Okinawa and Guam with minimal warning.

In case the message from this launch was missed, North Korea on March 6 fired a salvo of four modified medium-range Scud missiles into waters off its east coast. According to Pyongyang, the units firing the missiles are tasked to strike the bases of U.S. imperialist aggressor forces in Japan in contingency. (North Korea is well aware that U.S. access to Japanese bases is critical to the defense of South Korea.)

Scud launches, while troublesome (and another UN Security Council violation), are not unprecedented and frequently used to signal Pyongyang’s discontent over ROK-U.S. military exercises like the one currently underway in the South. The IRBM launch, while still not the intercontinental ballistic missile (ICBM) test that President Trump tweeted “won’t happen,” presents a serious new challenge which fully justifies the accelerated deployment of the Terminal High Altitude Area Defense (Thaad) missile defense system to South Korea.

Also in the news was Beijing’s announcement that, in accordance with UN Security Council Resolution 2321, it was terminating coal purchases from North Korea for the remainder of the year (their annual quota having been reached). This welcomed news, if true, would cut off an important source of hard currency for the North. Of note, the Chinese announcement was made, not after either of the missile launches, but soon after the assassination of Kim Jong-nam, who had been living under Chinese protection in Macau. This tells you everything you need to know about China’s strident protests and attempted economic blackmail against Seoul over its joint decision to expedite the deployment of Thaad to South Korea.

If Beijing were really worried about Thaad, it would have taken punitive action immediately after the IRBM launch and would have been calling for increased sanctions after a ballistic missile test and/or in response to the most recent Scud firings. It did not and has not. While the UN Security Council issued its usual (toothless) strong letter of protest, it is safe to predict Beijing will once again attempt to water down any new council sanctions.

This leads to the inescapable conclusion that Beijing’s Thaad protests have little to do with Chinese security concerns — the Pacific Forum, among others, has provided Chinese officials with in-depth briefings on Thaad showing minimal threat to China’s second-strike capability — and everything to do with China’s desire to stir up political unrest and anti-American feelings in South Korea. With the Constitutional Court’s decision confirming President Park Geun-hye’s impeachment forcing new presidential elections within the next 60 days, Beijing is now applying a full-court press.

While international press attention remains focused on the diplomatic confrontation between Kuala Lumpur and Pyongyang over Kim Jong-nam’s assassination, insufficient attention is being paid to the dangerous (and illegal under the 1925 Geneva Protocol and 1993 Chemical Weapons Convention) use of the deadly VX nerve agent in a crowded public space. There are a dozen or more ways North Korea could have killed Kim Jong-un. So what message was Pyongyang trying to send by using a chemical agent so powerful as to be branded a weapon of mass destruction?

At a minimum, Pyongyang is warning the rest of the world that it is capable, and willing, to employ more than one such weapon not just in defense or retaliation for an attack, but aggressively in pursuit of more limited objectives. Even if North Korea could be persuaded or compelled to give up its nuclear program — and the prospects for that are already pretty slim — it possesses other means of wreaking havoc, along with the political will to use them.

As a result of these various acts of aggression, pundits are calling on the Trump administration to expedite its Korea policy review while demanding a tougher stance against Pyongyang. They are half right. A firm international response is required to this latest series of Security Council violations, and Washington should be, and apparently is, leading the effort to secure even tighter sanctions. In cooperation with South Korea, it has also rushed deployment of Thaad, another prudent move, disingenuous Chinese complaints notwithstanding.

But the Trump administration’s North Korea policy review should not be rushed. It is more important to do it right than quickly. To be effective, any U.S. policy toward North Korea must also be in sync with South Korea’s policy and, until the election is over, South Korean policy is adrift. In addition, announcing a new U.S. policy during the presidential campaign in South Korea will guarantee that it becomes enmeshed in the domestic political process, which could lock candidates into positions that could prove counterproductive in the long run.

A tightening and stricter enforcement of sanctions is certainly called for now, as are increased defensive measures on the peninsula. But any new policy approaches or initiatives must await the selection of a new Korean president and must then be closely coordinated with the new administration and with our Japanese allies as well.


*The author is president of the Pacific Forum CSIS in Honolulu.