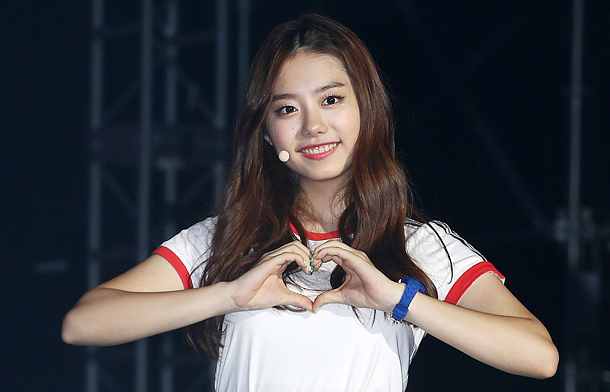 On Monday, S&P Entertainment released a statement on its homepage stating that “The company submitted an official complaint to the Seoul Suseo Police Station against eleven people who were spreading heinous rumors regarding Kim last September. The police have arrested the suspects and have sent the case to the Seoul Central District Prosecutor’s Office.”

The statement continued, “We will post again when additional information regarding the punishment is decided. We are also in talks to file a claim of compensation for damages, regardless of the punishment decided by the Seoul Central District Prosecutor’s Office.”

The 17-year-old gained fans during Mnet’s “Produce 101,” but was the target of unconfirmed rumors on the internet. The singer’s agency vowed to take legal action against the internet trolls, with a statement released in August of last year.