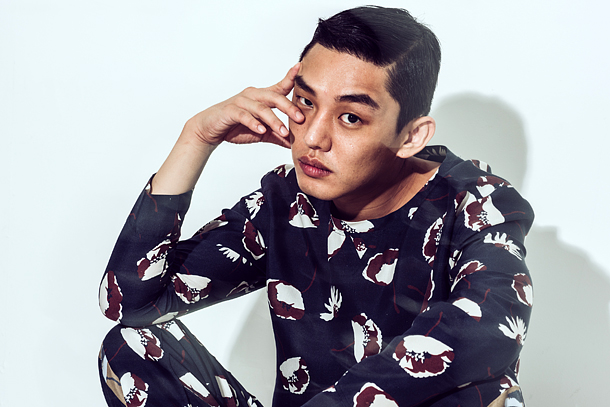 All Korean males are required to join the military by law, unless they are recommended not to by a medical professional after a physical examination.

The checkups divide men into seven classes, with the first to third groups joining the military as active-duty soldiers. The fourth and fifth groups are enlisted for reservist duties, while the sixth group is totally exempt from duty. Those put into the seventh group are required to undergo the test again.

Yoo underwent medical examinations in 2015 and two times in 2016, but was classified in the seventh group each time. Yoo ruptured his shoulder muscle during the filming of “Tough as Iron” in 2013, which worsened during filming of “Veteran” in 2014. He was also diagnosed with a bone tumor in 2015.

Yesterday’s checkup is expected to be his final examination, as Yoo is 30, the cut-off age for enlistment.

Yoo has expressed his determination to enter the military through his agency, saying, “If the bone tumor doesn’t develop in an abnormal manner, I will be able to successfully carry out my military duties.”

Yoo is currently filming for the tvN drama “Chicago Typewriter.”