Tesla’s got cachet, competitors have subsidies

Tesla’s got cachet, competitors have subsidies 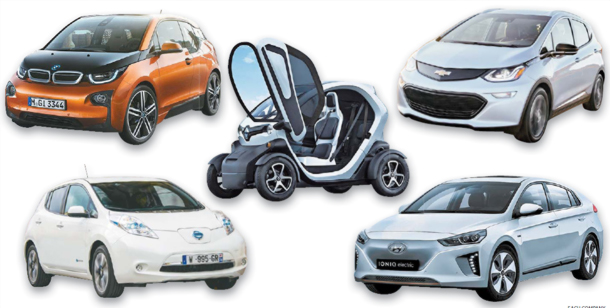 Korea’s electric vehicle market could reach a major milestone this year with Tesla’s launch as well as launches of new EV models by other carmakers.

Tesla’s Model S 90D, its only model with government approval, can drive up to 378 kilometers (235 miles) on a full charge, which is the most among EVs on Korean roads.

It’s driving performance is comparable to gasoline-powered vehicles. It can go as fast as 250 kilometers an hour and accelerate from 0 to 100 kilometers in hour in just 4.4 seconds.

Yet, its price is in the luxury category, starting from 121 million won ($105,815). It does not qualify for any government subsidies because Tesla’s batteries don’t meet government standards.

Hyundai Motor’s Ioniq EV, which was introduced last year, can drive up to 191 kilometers on a charge. The Ioniq also comes in hybrid and plug-in hybrid versions.

Sister company Kia Motors’ Soul can drive up to 148 kilometers. These models are far cheaper. The sticker price for the all-electric Ioniq starts from 40 million won even before the government subsidy. Its net price can fall to as low as 20 million won depending on subsidies from local governments.

BMW Korea also started taking preorders for a revamped version of its i3 EV, which has boosted its range by 50 percent.

The i3 84Ah can drive up to 200 kilometers on a single charge. Its price starts at 59.5 million won before subsidies.

GM Korea’s soon-to-be-launched Bolt EV, which can drive 383 kilometers on a charge, is going to be a strong competitor for Tesla because of its impressive range. Its price hasn’t been revealed but is expected to be around 40 million won. With government subsidies, the car is expected to sell for between 20 million and 30 million won.

Its launch will take place at the International Electric Vehicle Expo that kicks off Friday on Jeju Island.

Renault Samsung Motors announced it is going to launch a two-seat electric vehicle named Twizy in the latter half of this year.

The quadricycle-type vehicle designed for urban mobility will be introduced in Korea at a starting price of 15.5 million won. After subsidies, the Korean price is expected to go below 5 million won.