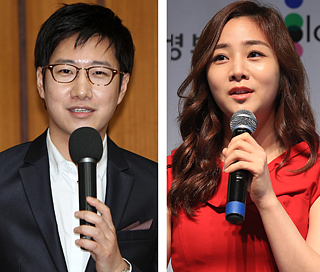 The wedding ceremony was held yesterday at the Grand Hyatt Seoul. Although the two are well-known throughout the nation, the newlywed couple didn’t hold a press conference prior to the wedding, in the hopes of keeping the wedding quiet. The wedding didn’t have an official, but singer K.Will sang at the wedding.

A source from Jo’s agency, FNC Entertainment, said, “Because of their busy schedules, the couple will take their honeymoon trip in April.”

Jo and Chung met while working at KBS. Jo joined the company as an anchor in 2005, while Chung joined in 2008.