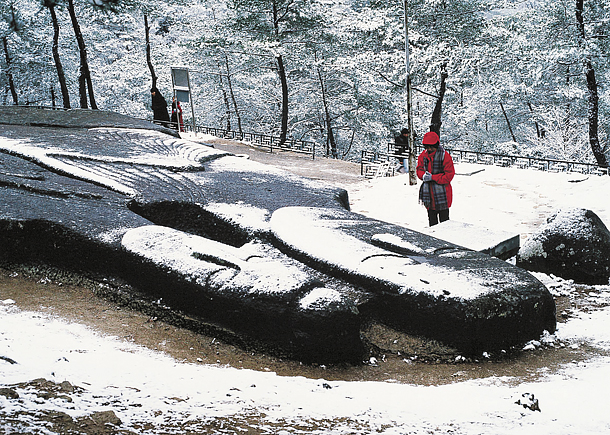 The stone Buddha sculptures and pagodas at Unju Temple (or Unjusa) in Hwasun County, South Jeolla, have been added to the tentative list of Unesco’s World Heritage Sites, the Cultural Heritage Administration announced on March 13. The group of sculptures and pagodas at Unju Temple - created between the 10th and 16th centuries - include stone art of various shapes as well as those that depict constellations. What also makes Unju Temple unique is that besides Buddhism, it also has elements of other religions like Taoism. Also within the temple grounds, there remains the quarry, where people procured stone to make the sculptures and pagodas. [CULTURAL HERITAGE ADMINISTRATION]