Chung Byung-gil, a 77-year-old retiree in Busan, lives in an apartment valued at 550 million won ($490,000). Two years ago, he subscribed to the government’s reverse mortgage scheme, hoping to remain financially independent from his four children.

Chung put his apartment up as collateral and has been receiving 2.1 million won each month from the state-run Korea Housing Finance Corporation. Through the program, he’s entitled to receive that amount every month for the first 10 years and afterward will receive 1.47 million won a month. Although the value of his apartment has risen, and he could just sell it off for a quick profit, Chung’s been satisfied so far with the payments.

“If I live long enough, the loans will exceed the value of my apartment, and when I die, my children can inherit what’s left [from selling the home],” he said. “Since I am able to spend the only fortune I have in cash while I’m still alive, it is a huge help.”

The government’s reverse mortgage scheme celebrates its 10th anniversary this year, and its popularity continues to grow among retirees like Chung whose only fortune is the home in which they live. During the first two months of this year, the number of new subscribers exceeded 3,000, nearly double the number last year. 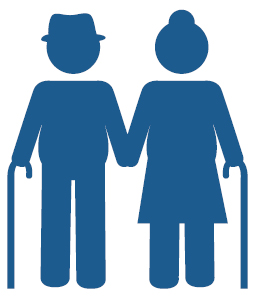 The increase was even more dramatic in February, when 1,853 people entered the program, more than double the number from a year earlier. One of the biggest reasons for the sudden boost was a revision announced in December that would lower the payment amount effective February.

Before the change, retirees in their 60s living in an apartment worth 500 million won would receive 1.13 million won every month until their death. Those who apply for a reverse mortgage in February will see their monthly payment shrink 7.7 percent to 1.04 million won. New subscribers in their 70s will receive a payment that is 4.9 percent smaller, at 1.54 million won, and those in their 80s will see a 1.7 percent cut, to 2.41 million won.

As the revision was announced in late December, people rushed to apply for a reverse mortgage in January and entered the program in February.

“Interest in the program rose last year since we released three packages that were targeted at different groups,” said Ryu Gi-yun, chief manager of the program at the Korea Housing Finance Corporation, referring to new terms for retirees aged 45 to 50 and low-income households. “Baby boomers now entering recipient age [60 years old] have also contributed to the increase in subscriptions.”

Children, too, are encouraging their retiring parents to subscribe to the program, hoping to ease the financial burden of supporting them into old age. Retirees can receive monthly income while still living in the home they own, and when they pass away, the bank that sold the reverse mortgage gets ownership of the house. If a retiree’s accumulated loan amount from the reverse mortgage scheme is below the home’s value, the children can inherit whatever’s left after the bank sells the house. It’s a win for senior citizens.

The monthly payment amount is based on the premise of home values rising an average 2.7 percent every year. “So if you believe your apartment’s value will likely rise slower than 2.7 percent annually, it is best to subscribe to the program early,” said Shin Yong-sang, a researcher at the Korea Institute of Finance.

In reality, housing prices fluctuate sharply, and retirees living in hot markets lose if the value of their apartment rises too sharply. In such cases, subscribers can cancel the reverse mortgage midway and only pay for the origination fee and the interest they owe. The owner then cannot reapply to the program with the same home.

The government plans to lower conditions for the reverse mortgage program to encourage more people to apply. The goal is to raise the number of new subscriptions to 470,000 by 2025.

The government has proposed a bill that will remove a ceiling value on homes eligible for the program, which is currently set at 900 million won. Owners of officetel units, apartments in mixed-use buildings, will also be allowed to apply.

More subscribers mean more people with disposable income. If the 470,000 people that are receiving the pension loan every month spends 80 percent of the amount that they receive, they will be spending roughly 10 trillion won by 2025.

The program is also expected to help reduce government spending on welfare.

The only question is whether the scheme is sustainable. There is some speculation that 10 or 20 years from now, the homes being put up for collateral right now will flood the real estate market and end up lowering prices. The Korea Housing Finance Corporation will consequently take a loss by selling undervalued homes.

One possible solution being considered by the Korea Housing Finance Corporation is renting out the homes after the owners pass away.