Waiting for a democratic president

Waiting for a democratic president 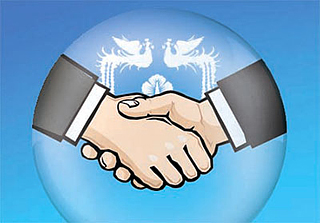 The country was severely divided over the Constitutional Court’s endorsement of former President Park Geun-hye’s impeachment, and the repercussions are expected to spill over to the presidential campaign trail. Although the majority believed Park should have been removed from office, a few still question the court decision and stand in the way of social unity.

In the aftermath of Park’s impeachment, social cohesion must be pursued, for dynamic change is needed for the country to achieve democracy after it removed a president from office. In order to unite the country after the impeachment verdict, we must all work to enhance fairness, public debate channels and communication. They were necessary when we underwent challenges of democratization, the IT revolution and income inequality, and they become more imperative to patch up a nation divided over the president’s impeachment.

Inequality has worsened in the country after two major financial crises in 1997 and 2008, demanding special care to create jobs and tighten the social security net. With scarce jobs, fewer hiring and increasing unemployment among younger people, the work of social integration must be carried out through fair procedures and be acceptable to both winners and losers in social competitions.

Social integration requires greater government commitment and appropriation of public resources for the underprivileged. Public care for those marginalized in society is essential for healthy development of democracy and the majority rule principle. The task of easing income disparity cannot be solved purely in the context of efficiency and optimization as it should be based on public consensus about its fairness and experiments in various social sectors.

There must also be endeavors to listen to others and build understanding in order to narrow the differences and conflicts that have surfaced during the impeachment process. Integration must not be forced, rushed or exploited by a certain group. While conceding to the Constitutional Court verdict, society must agree to create a new order, which is in line with the bench’s call for an end to national division and confusion and the start of engagement toward harmony and healing.

What kind of president should we elect based on the need for social integration? The next president must solemnly respect the universal values of democracy and have the will to safeguard them. The president will immediately be up against pressure to act on campaign promises as society still values growth, achievements and efficiency as a habit from the days of rapid industrialization. Working against a timetable of a single five-year term, Korean presidents race toward goals, often bypassing democratic procedure, public debate, respect for constitutional institutions and civilians’ right to know. When a presidential administration loses its public identity by condoning power abuse through unelected and unregulated forces, the democratic system weakens and the president faces confrontation from the public. The next president must not repeat Park’s mistakes and keep temptations at bay.

The next president must place communication before achievements. He should recruit competent ministers and aides and allow them to do their job instead of attempting to oversee all affairs. He must respect the constitutional rights given to institutional heads to place talented people in the cabinet to run the government while devoting himself to dialogue with the National Assembly and public to give out wise policy direction and judgment. Public policies gain efficiency and impetus by reflecting the opinions of various social sectors and the public after continuous dialogue, not from the election results of a ruling-party majority.

The next president must consider cooperation with the opposition as a prerequisite to governing power, not a choice. Cooperation will not be easy but is nevertheless essential to solve various challenges in this new political environment following impeachment. The means and forms of cooperation could be chosen from dialogues, alliances or cabinet coalitions depending on the president’s political philosophy and nature of the opposition. The presidential office need not frequent the offices of the National Assembly speaker or opposition leader. But the president should consider the legislature and opposition as partners for governance and dialogue instead of the enemy.

*The author is a professor of political science at Chung-Ang University.