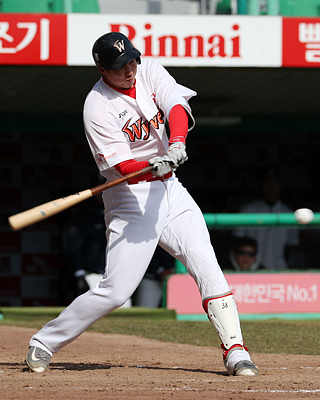 The SK Wyverns starts their season at home hosting the KT Wiz.

KT Wiz, the newest team in the Korean Baseball Organization, hopes to avoid finishing last in the regular season. Most recently, the Wiz won the spring training exhibition game series, recording seven wins, three losses and one tie. Donn Roach will be the starting pitcher for KT Wiz on Friday.

Meanwhile, the SK Wyverns finished ninth with four wins, six losses and two ties. The Wyverns will start it first game of the season with their new foreign manager, Trey Hillman. Hillman is the second foreign manager in the KBO.

Just like any other team, both KT Wiz and the SK Wyverns will have foreign players as their starting pitchers.

The two teams will play on Saturday as well at 5:00 p.m. The record from the exhibition games does not carry over to the regular season.

After a two-week break in the K-League Classic, it resumes this week with a big match, Jeonbuk Hyundai Motors against FC Seoul.

After Jeonbuk lost the K-League classic championship match to FC Seoul, the two teams are meeting for the first time this season.

They are expected to have a fierce competition based on their performance last year.

Depending on the result of the game, not only will there be a change in the ranking, but they also have the potential to catch up to Jeju United, first in the K-League.

Currently, both teams have the same record with two wins and one tie with seven points, but Jeonbuk is ranked second in the league as they are better than FC Seoul in goal difference.