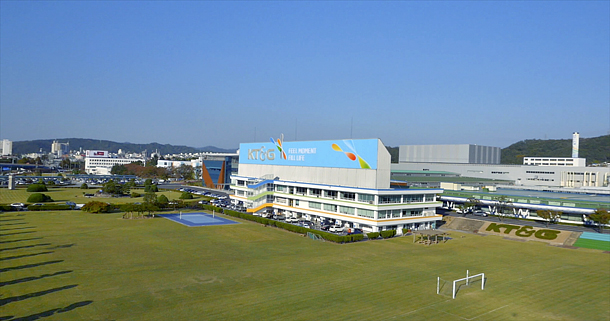 The tobacco company KT&G held a ceremony to celebrate its 30th anniversary at its headquarters in Daejeon Friday and said it will continue to expand exports and improve its governance structure.

“The company began as a government monopoly and became a global blue-chip company after going through privatization,” said Baek Bok-in, KT&G CEO. “This year marks the 30th anniversary of the company and we will strengthen our exports, governance structure and social responsibility to have the company once again leap forward.”

The company was officially established in its current form on April 1, 1987 and was privatized in 2002. Since 2002, the company adopted a specialist system in which professionals take a major role in leading the management.

According to KT&G, the company’s sales and operating profits both jumped by more than 100 percent when compared to 2002 and its market capitalization quadrupled to nearly 13 trillion won ($11.6 billion) in the same period.

The tobacco company currently has 60 percent of the market share in Korea. KT&G first exported cigarettes in 1988 and expanded its overseas business aggressively by constructing manufacturing plants and branches overseas and acquiring foreign firms, the company said in a press release on Friday.

Starting in 2015, exports surpassed domestic sales. The company sold 48.7 billion cigarettes in about 50 countries around the world last year, up 4.7 percent from 46.5 billion in 2015.