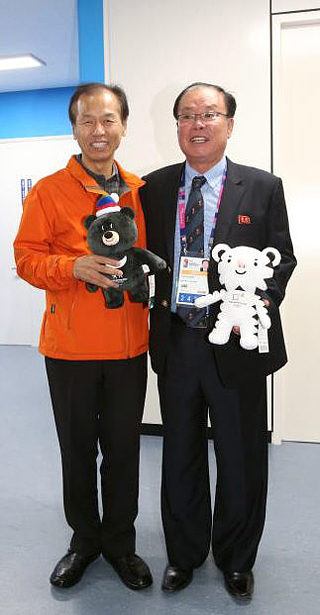 North Korean hockey players participating in an international competition in Gangwon left behind most - but not all - of the gifts they were given by their hosts when they left.

They were hand-made exclusively for the event. Only 2,000 were made by city residents, and they are not for sale.

The province had prepared 28 more boxes for the rest of the delegation, but they refused to accept them. The red ginseng cost 48,000 won per box.

The athletes, however, took stuffed dolls of Soohorang and Bandabi, the mascots of the 2018 PyeongChang Winter Olympic Games. Gangwon Gov. Choi Moon-soon delivered 30 sets of the dolls to the team on Saturday and asked them to participate in the upcoming Olympics.