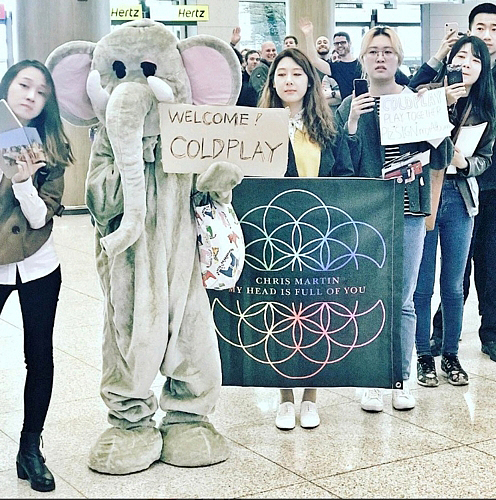 Members of the British rock band Coldplay wave in the background, behind fans waiting at Incheon International Airport to see their favorite musicians arriving in Korea on Thursday, two days before their first concerts in Seoul on Saturday and Sunday at Jamsil Sports Complex, eastern Seoul. The group posted this particular photo on its Instagram account to signal their arrival in the capital city. About 100,000 tickets have been sold for the two-day concert, and tickets were sold out a few seconds after they were released. [YONHAP]