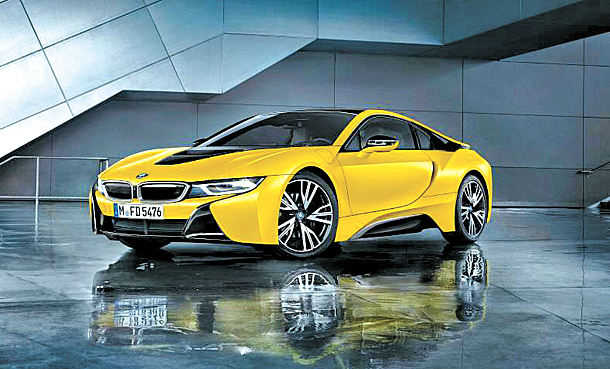 More than 600,000 people attended the Seoul Motor Show this month to see the next big thing in the auto industry.

The next event on the horizon in Asia is Auto Shanghai, a biennial international auto show slated to kick off Friday. Major industry players around the world will unveil premium models targeting the tastes of the local population. Korean automakers, such as Hyundai Motor, also will showcase their cars in the world’s largest auto market.

Taking the baton from Seoul, the 17th Shanghai International Automobile Industry Exhibition will run until April 28 at the National Exhibition and Convention Center in Shanghai under the theme “Committed to a Better Life.”

“The Chinese market is the biggest market in the world and it is still growing,” said a Hyundai Motor spokesperson. “Unlike other shows such as Geneva where it is more about the show, the events in China are intended to target Chinese consumers alone.”

The automotive market in China has grown to become one of the most lucrative for car makers around the globe, with more than 24 million passenger vehicles sold in 2016 alone, the world’s largest auto market since 2009.

With the rapid growth in market size, auto shows in China have become some of the most prestigious events around the world, standing shoulder to shoulder with other major shows such as Geneva and New York.

Global premium brands won’t miss out on this chance to flaunt what they have. BMW, for instance, will appear in Shanghai for the world premiere of the i8 Protonic Frozen Yellow Edition, a special edition of its plug-in hybrid i8.

Another premium brand from Germany, Audi is likely to showcase its e-tron concept to provide a glimpse of how the brand’s vehicles will look.

As for Korean automotive firms, this year’s Shanghai show may be an ideal stage to win back to the hearts of Chinese consumers for some of them. For others, the show may open doors to find their way into the Chinese market.

Korea’s leading automaker Hyundai Motor will display 19 vehicles in Shanghai this week and hopes to continue the hype it received after revealing the Genesis sports-utility vehicle concept car in New York last week. The main item on its agenda is unveiling the new subcompact size SUV and midsize sedan, all tailor-made to fit the taste of Chinese consumers. Hyundai also will unveil a new eco-friendly car, FE, at the exhibition.

There will be another familiar face in Shanghai - Hyundai’s sister company Kia Motors. Kia, whose compact sedan K3 was listed as the 12th best-selling car in China in February, also intends to introduce two new models designed for Chinese drivers. Along with 21 models at its exhibition hall, a virtual reality simulator for its crossover Soul will enable spectators to experience what it’s like driving the vehicle.

For Hyundai and Kia, who in the past held steady positions as some of the most favored auto brands in China, the Shanghai Motor Show comes as a crucial juncture as they hope to regain customers.

The ongoing diplomatic tension between Beijing and Seoul for the latter’s decision to deploy the U.S. antimissile system known as Thaad reportedly had a detrimental effect on the auto giants’ recent sales in China, said local analysts, with Chinese consumers boycotting Korean products as the Chinese government continues to assume a retaliatory stance. Hyundai and Kia witnessed their sales tumble 52.2 percent in March on-year to 72,032 vehicles sold, selling less than 100,000 units for two straight months. “Various factors such as a worsened market condition and issues related to Thaad led to the drastic fall in sales [for Hyundai and Kia] in March,” Lee Jae-il, an analyst from Eugene Investment & Securities, said in a recent report.

“With our company struggling in China right now, it is crucial for us to increase our promotional effort there [through Shanghai Motor Show],” said a manager from Hyundai Motor.

For Korean SUV producer SsangYong, a Korean unit of Indian auto giant Mahindra & Mahindra, the Shanghai Motor Show may be a gateway into China as it hopes to make up for the fall in overseas sales from Russia.

Once selling as many as 35,000 cars per year in Russia just a few years ago, various factors such as declining oil prices and a worsening Russian economy led to the drop in SsangYong’s profit there. But with the Chinese SUV market steadily on the rise, prospects look promising for the Korean SUV maker to take its flagship Tivoli, the No. 1 subcompact SUV in Korea, into the Chinese market.

At this year’s Shanghai Motor Show, SsangYong will have six models on display, including the Tivoli and the new Korando, a model that received a facelift when it was released this year. Its latest G4 Rexton, a large SUV which SsangYong unveiled at the Seoul Motor Show, won’t be on display at Shanghai.

SsangYong signed a letter of intent for a joint venture with Shaanxi Automobile Group in China in October in an attempt to build a production plant in Xi’an, Shaanxi Province, a move seen as intended to locally manufacture cars to be sold in China.