Time for an exit strategy

Time for an exit strategy 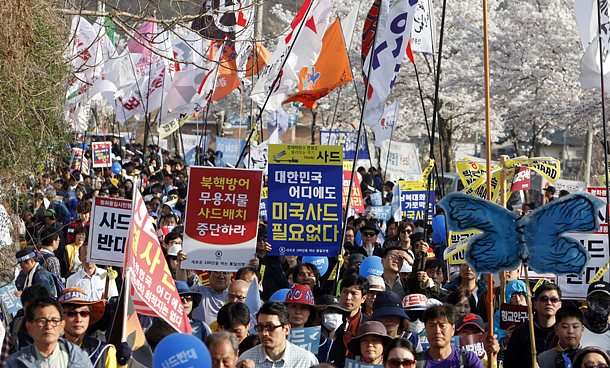 In 2013, then-Philippine President Benigno Aquino brought its South China Sea territorial dispute with China to the Permanent Court of Arbitration (PCA). Since then, the two countries’ relations have been aggravated. At the APEC summit in Beijing in 2014, the Philippines was the only country not to have a summit meeting with the Chinese leader.

But now, China treats the Philippines as its best friend. Rodrigo Duterte, who became president last year, avoids confrontation over the South China Sea issue and has turned towards a pro-China policy. China has drastically lifted retaliatory measures such as an agricultural product import ban.

It took two years until relations between China and Japan, which froze over Japan’s nationalization of Senkaku Islands (or the Diaoyu Islands in Chinese), gradually improved. At the 2014 APEC meeting, President Xi met with Japanese Prime Minister Shinzo Abe as a courtesy to the guest. It was a breakthrough they found after continued unofficial contacts and envoys.

When the Liberal Democratic Party’s Toshihiro Nikai led a team of 3,000 to China the following year, Xi gave a speech at the welcoming ceremony. Nikai is of direct descent from Kakuei Tanaka, who signed the normalization of relations between the two countries in 1972.

Even when the two countries don’t get along, China never fails to show respect for Tanaka. Xi’s welcome was a sign that it was okay to improve the relations. The number of Chinese visitors to Japan increased, and Toyota’s sales in China recovered.

Everyone is wondering when China’s retaliation over the deployment of the Terminal High Altitude Area Defense (Thaad) will end. While there are hopes for immediate removal in the new administration, the reality is not so simple. Of course, if the next president retracts the Thaad deployment, Korea could become China’s best friend again like the Philippines. But it is not so easy. Various opinion polls show that the public won’t condone the government reversing national security decision because of China’s pressure.

The next president is bound to bear the burden of the re-establishment of post-Thaad Korea-China relations. Presidential candidates may actually feel that the deployment should be completed before the inauguration, especially Moon Jae-in, who is leading the polls. He has little room between his core supporters, who oppose the Thaad deployment, and the overall public opinion supporting it. If the decision cannot, and will not, be reversed, it is better for the Thaad deployment to be completed or irreversibly in progress.

It is the way to free the next president from the burden of Thaad and allow him to focus on diplomacy with China. Beijing would also want to define a new relationship with the new administration as it won’t let Korea to drift away after all its efforts.

Just like China-Japan relations, Korea-China relations need to be gradually resolved over time. Instead of panicking over immediate retaliations, Korea needs to look a step further and devise an exit strategy.