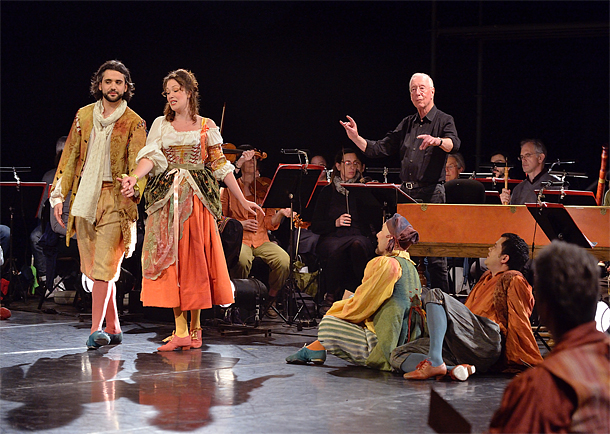 Hanwha Group will host the “Hanwha Classic 2017,” its annual classical music concert, on September 23 and 24. The concert will be held at the Seoul Arts Center and the Daejeon Arts Center. This year, the company is inviting the world-famous conductor William Christie and his ensemble, Les Arts Florissants.

Since 2013, Hanwha has put on major performances of classical music, making them some of the most exciting events for music fans.
Christie has presented a new way of interpreting 20th Century French music. With his ensemble, he has produced beautiful French music and became the standard in early music.

This year, the ensemble will be playing Jean-Philippe Rameau’s operas, “Daphnis et Églé” and “La Naissance d’Osiris.” The performance will include a choir, live instrumentation and dance, an unusual combination in Korea.

Although the Hanwha Classic 2017 presents a high quality opera complemented by dance performances, the tickets are quite affordable. Both venues charge 50,000 won ($44) for R-level seats, 35,000 won for S-level seats, and 20,000 for A-level seats, less than half of the usual price for world tours.

The company has made the ticket prices affordable to express its appreciation to the many fans who have supported the Hanwha Classics series. It hopes that many will be able to enjoy the arts and experience Baroque music.

Those who purchase tickets from April 26 to June 30 will receive a 20% discount. Before the performance, a music expert will give a short introduction of the music, so that people can better understand the pieces.

The Hanwha Classics series aims to present the best classical music performances as well as make them approachable for as many people. Thus, the company invites artists and performers that are well-known among music buffs or who have not visited Korea before. It also provides short introductions to the music, so that people who don’t know much about classical music can still enjoy the performance.

The series has introduced maestros from Germany, Italy, Netherlands, and France, complemented by thorough and interesting explanations. Many were deeply moved by the great performances and they hope to see more. Most importantly, audiences are intrigued by the unusual repertoire, suggesting a possibility to attract more fans.