[Sponsored Report] As cities modernize, the world looks to Songdo

[Sponsored Report] As cities modernize, the world looks to Songdo 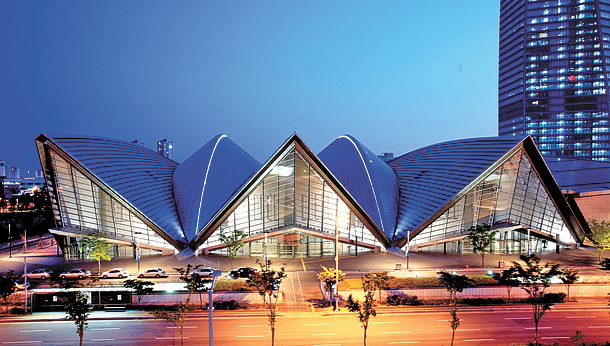 Songdo Convensia in Incheon, where The New Cities Summit will be held.

Since the Incheon Free Economic Zone (IFEZ) was established in Songdo in 2003, it has grown into one of the most noteworthy cities in East Asia. As a new planned city of Korea, it will co-host The New Cities Summit this coming June with The New Cities Foundation. Under the theme, “Thriving Cities - The Building Blocks of Urban Wellbeing,” the event is the leading global conference on the future of cities, bringing together 800 CEOs, policymakers and entrepreneurs from over 50 countries.

The New Cities Foundation is a non-profit organization established in 2010. The organization cultivates global networks among cities and various groups in order to make cities more inclusive, connected, healthy and vibrant. The foundation is based in Geneva with its head office in Montreal. Its other offices are in Paris, New York and Hong Kong.

After hosting successful summits in Paris, Sao Paulo, Dallas, Jakarta and Montreal, the foundation chose Incheon’s Songdo to host the 6th edition of the summit. For the past decade, Songdo IFEZ has attracted companies and universities from all around the world as well as promoted collaboration among them. Not only that, it employs the newest information and communication technology, making it the epitome of a smart city.

Lee Young-geun, the commissioner of IFEZ, sat down for an interview with the Korea Joongang Daily to talk about this international city. He outlined the significance of the summit being held in Songdo and elaborated on the new FIT campus that will open in September. He also spoke about the current issues and visions of IFEZ. 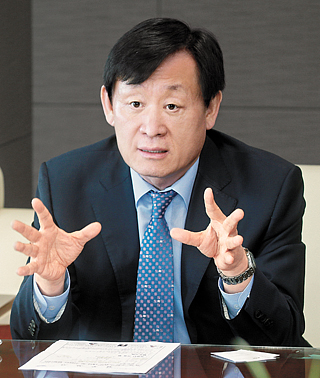 Q. IFEZ will be hosting The New Cities Summit in early June. Could you tell us more about the event?

A. Built by filling the wetlands, IFEZ represents the frontier spirit that made a new city out of nothing. Thus, it is a perfect place to host The New Cities Summit, which will be held from June 7 to 9 at Songdo Convensia. Co-hosted with the New Cities Foundation, the event will present innovative city models and offer insight into policies and technologies.

We have prepared various programs for the event, including a city tour on the first day, presentations, panels, roundtable discussions and workshops. Some of the themes covered in the presentations include understanding city well-being, digital city development, eco-friendly city design, among many others.

This event will establish a platform for various businesses to cooperate and lead the smart city market. Moreover, we hope that IFEZ will take a big leap towards becoming a truly international future city through this event. In fact, we have been promoting IFEZ to the international community. Recently, we have signed a business contract with the Korea Development Institute School of Public Policy and Management.

The Fashion Institute of Technology, a top fashion school in New York, will open its campus in Incheon Global Campus. I’ve heard that you put a lot of effort into bringing FIT to the IGC.

FIT was selected as the world’s best fashion institute by Quacquarelli Symonds. Its alumni include Michael Kors, Calvin Klein and Nina Garcia, the editor of Marie Claire. It is quite meaningful for us to have such a prestigious school open on the Incheon Global Campus.

With the State University of New York, George Mason University, Ghent University Global Campus, and University of Utah, FIT will contribute to IGC’s prominence as an arena of global universities. Not only that, many fashion brands, including Fashion Group Hyungji, Hyundai Premium Outlet, and Shinsegae will launch their branches in Songdo. We hope that they will collaborate with FIT to boost the fashion industry in IFEZ.

In fact, IGC does not simply bring in foreign universities; it encourages each school to cooperate with local industries. For instance, SUNY collaborated with the Center of Excellence in Wireless and Information Technology to do research. Last year, the University of Utah established the UAC-CAU Research Center for Digital Wellbeing with Chung-Ang University.

IFEZ is the first Free Economic Zone set up in Korea. What do you think is the most imminent issue for it to keep growing?

In one word: regulation. The current legislation restricts building new factories and schools in the capital area to promote equal development throughout the country. IFEZ intends to boost the Korean economy by focusing economic growth in a specific area. For this to work, the government must ease regulations.

If current sociopolitical circumstances do not allow for such deregulation, at least IFEZ should be exempt from the law. Then, IFEZ will be able to build domestic factories and universities as well as attract domestic companies to return from overseas.

For IFEZ to excel in its competition with other global cities, it must be free from unnecessary regulation that hinders the economic zone from realizing its fullest potential.

Recently, the National Assembly has been trying to amend the Special Act on the Designation and Operation of the Free Economic Zone, which increases the percentage of foreign investment to 30 percent. What do you think?

However, some have pointed out that the regulation will hinder the economic development of IFEZ. Simply increasing the foreign investment will discourage many companies from investing. Also, it is unfair for those that already have moved into the zone. Thus, the act ironically goes against its own purpose to embody a “free economy.”

The companies in IFEZ have appealed to the ministry for deregulation and have spoken about their difficulties. We hope that there will be a positive result.

The IFEZ Smart City Service is about to be fully operational. Could you explain the service?

In 2008, I supported the Act on Constructing Ubiquitous City when I worked in the Ministry of Land, Infrastructure, and Transport. I am proud to say that I have contributed to establishing the legal foundation of the smart city, which IFEZ pursues to build.

Last February 25 was the 3rd anniversary of the IFEZ smart city operation center. During this time period, about 8,620 guests in total visited Songdo, including important personnel from 70 countries and domestic guests including the Minister of Land, Infrastructure and Transport, the Vice Foreign Minister, the President of Egypt, the President of Myanmar, and the President of Costa Rica. Among them, 5,860 foreigners visited the smart city operation center in order to see IFEZ U-City technology. Moreover, some have expressed their interest in collaborating with the IFEZ to develop their own smart city technology.

In the future, IFEZ will strive to develop more smart cities in and out of Korea by cooperating with the Korean government. Eventually, it will become the world’s top city fueled by information technology.

As society enters the era of the fourth industrial revolution, we expect that information and communication technology will become a core part of our lives. This makes IFEZ a very promising project for future economic development. Therefore, IFEZ will contribute to the economy and create more jobs by attracting investment from global IT companies.