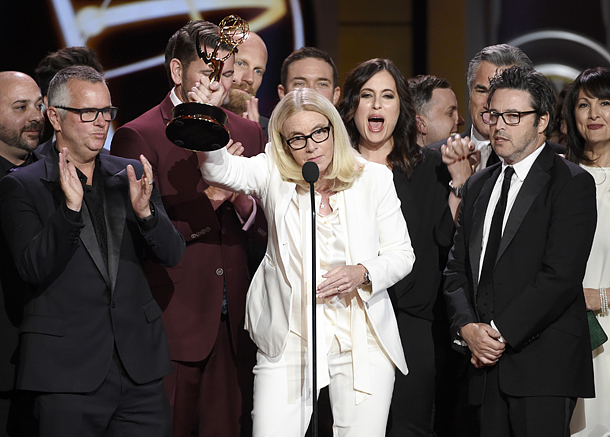 LOS ANGELES - “The Ellen DeGeneres Show” won the Daytime Emmy Award for best entertainment talk show Sunday, 20 years to the day that her character came out as gay on the sitcom “Ellen.”

“She did it because it was the right thing to do,” Mary Connelly, “Ellen” executive producer, said of DeGeneres’ decision to be open about her sexuality and do the same for her character in 1997. DeGeneres was absent and Connelly accepted the award.

“General Hospital” was honored as best daytime drama, with top acting awards going to Scott Clifton for “The Bold and the Beautiful” and Gina Tognoni for “The Young and the Restless.”

Clifton became the first actor to receive Daytime Emmys in the categories of best younger, supporting and lead actor in his career.

Steve Harvey missed the ceremony but was a double winner. He was named best game show host for “Family Feud” and best host of an informative talk show for “Steve Harvey.”