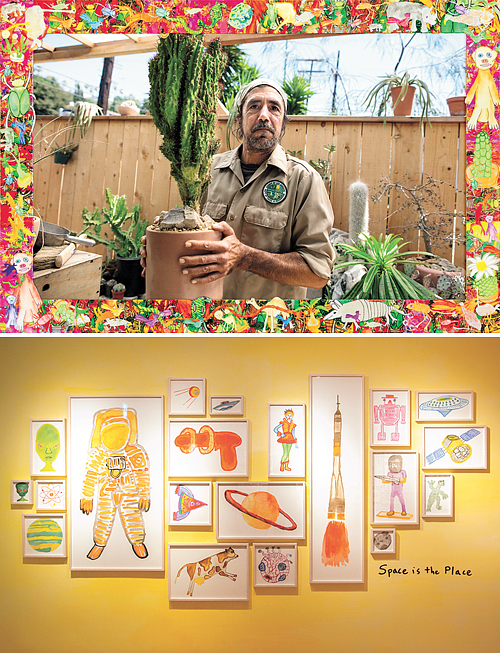 “The Selby House” exhibition currently running at the Daelim Museum features new works, top, as well as many illustrations, above. [THE SELBY]

One of the quickest ways to learn about someone is to take a peek inside their home. As someone attracted to people and the lives that they live, American photographer and illustrator Todd Selby has taken a special interest in creative people and the spaces they occupy - capturing their lives in photographs and illustrations.

The artist, who has gained quite a large Korean following on social media, has decided to turn the tables and open the doors of his home to the public at an exhibition titled “The Selby House,” which kicked off last week at the Daelim Museum in central Seoul.

“My work has been very much about visiting people in their spaces, and documenting them and sharing their lives with the world,” said Selby, who is visiting Seoul for the first time for this open house. “But in this exhibition, I would like to take the opportunity to share about myself, my own home, my work process.” 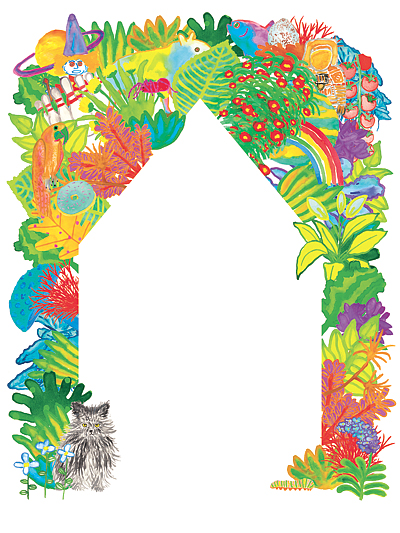 The Daelim Museum has been turned into Selby’s home, showcasing even his own messy bedroom with a wardrobe filled with his real clothes, his working studio with his actual cameras and drawing supplies.

“By entering the museum, visitors can learn about me and my working process which I think can help encourage artistic people out there,” said Selby. “I think this show reflects a lot of my personal philosophies. One of them is that I think artwork, or creative expression, is something that we can all do. It’s not in the hands of experts or something that you can learn at schools or train for necessarily. So as a person who has taught myself, I really would like to encourage all of you to go out and make art yourselves.”

Indeed, Selby’s illustrations have a youthful and imaginative energy to them that looks more natural than computer-assisted drawings.

The exhibition is divided into six parts, starting with “Selby the Photographer” on the second floor of the museum, where he showcases photographs of “my people,” some of which may be familiar. It includes photographs of people like fashion designers Karl Lagerfeld and Christian Louboutin in their personal spaces. There are also pictures of Retts Wood, a photographer who lives on a canal boat moored at a private marina in central London, and Ambika Conroy, who produces hand-knit products using animal fur that she personally shears, using methods that minimize stress for the animals experience.

Left: American photographer and illustrator Todd Selby standing in his “work studio” that has been recreated inside the museum. Right: The exterior of the Daelim Museum decorated with Selby’s colorful illustrations. [THE SELBY]

In elementary school, Selby says he liked observing the “coolest and chicest person in school,” which was not a popular sports guy or a pretty cheerleader, but “a boy who would sit at recess and just draw Garfield the cat, over and over again.”

“To me, he was the coolest kid. For me, I’ve always been attracted to the artists and the outcast and my work today continues that,” said Selby. “In many ways, I believe my work is a celebration of outsiders, the creators and artists.”

The “Selby the Storyteller” section is where the artist’s newest works, made for the exhibition, are on display. He has created five large resin picture frames featuring his illustrations in layers that are related to the story of the people in the photographs. For example, to frame the picture of “Uncle Johnny at the Cactus Store, Los Angeles,” Selby created the frame filled with animals and plants you can find in a desert.

“Visitors will see a lot of hand done elements in my work,” said Selby. “My work in many ways is very digital because I exist primarily on the internet and the whole project was born on a webpage, on a blog and social media. Since it’s so digital in that sense, I wanted to instill as much of human touch as possible because my work is all about people and humanity. I feel like it gives a sense of my personality, a continuity and a sense of humanity to everything I do.”