A package deal for nukes and Thaad

A package deal for nukes and Thaad 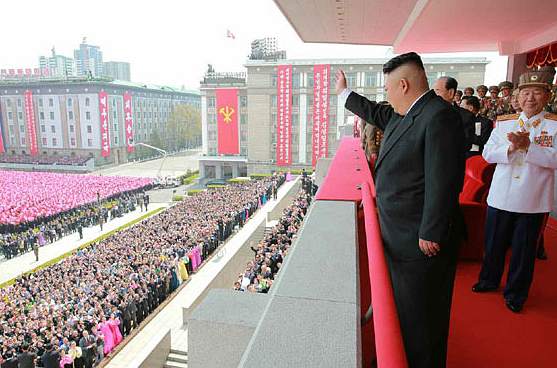 South Koreans have elected their new president. Former President Park Geun-hye’s ouster signals an attempt by the people to break away from the past and move forward with democratic reform. The recent unfolding of the Seoul Spring demands Washington’s attention.

This is not merely democratic aspiration, but a call to eradicate decades-old cronyism in various nooks of society and to rebuild a better working system. Such a shift in sentiment will have far-reaching ramifications.

The candlelight vigils of Gwanghwamun Square called for genuine peace and security on the Korean peninsula. Seoul has come to realize that “resolving the nuclear issue through a North Korean implosion,” as headlined by the conservatives, is an unlikely scenario, and former U.S. President Barack Obama’s strategic patience has proved fruitless. Washington will need to revisit its Northeast Asian policy, which was readily embraced by Seoul’s conservatives.

What are friends for?

Recent polls suggest that the new Moon Jae-in administration will be more progressive compared to the previous two administrations. Unlike Park’s government, which unconditionally adhered to Washington’s Northeast Asia strategy, Moon proposes a reassessment of the deployment of the Terminal High Altitude Area Defense (Thaad) radar system and argues for a review process by the National Assembly. How should Washington respond to these changes occurring in Seoul?

To properly approach this matter, one needs to see it with the eyes of the Korean people. The capital city of Seoul is only 60 kilometers (37 miles) from the Military Demarcation Line. Should the two Koreas head into an all-out war, the conventional weapons North Korea possesses is enough to take millions of South Korean lives, without even considering Pyongyang’s nuclear arsenal. The logic that the deployment of Thaad guarantees greater security to South Korea does not hold.

The rushing of its deployment is spreading fear and a sense of being hurt by China’s economic retaliation. People are increasingly aware of the economic damage brought by the radar system, which does not do anything to keep the Seoul metropolitan area safer.

The Trump administration says all options are on the table to address the North Korean nuclear issue, including pre-emptive strikes. American scholars and politicians residing across the Pacific Ocean may make such assertions as strategic judgements, but they must understand that the possibility of war is far more daunting in a city that faces Pyongyang across the demarcation line. Without an effort to capture the psyche of the people, the Korean public will question whether Washington is truly an ally.

Then how can we move the needle in the nuclear standoff? To understand why meaningful progress has not been achieved, it is important to understand each party’s hidden agenda.

Inside Beijing, Pyongyang and Washington

• Beijing: North Korea is an indispensable buffer. We have always diplomatically supported the peaceful reunification of the Korean peninsula, but that is not what we really want. It is highly probable that the economically advanced South will dominate the North in a reunification. That would translate into a nightmare situation for the U.S. army, stationed in South Korea, right at our doorstep. Keeping Pyongyang afloat has clear merits, as it gives us a bigger say in the workings of regional geopolitics. North Korea, therefore, is a card not to be relinquished.

Pyongyang’s flurries of missile tests, however, are starting to become a nuisance. The United States is using Pyongyang’s nuclear program to justify the deployment of Thaad. Condoning the American radar system will set a bad precedent for our Asian neighbors. North Korea is becoming more a burden than a strategic asset.

•Pyongyang: Give up our nukes? That is a non-starter — it is all we have. Giving in without concrete guarantees paves the way for what happened to Gaddafi in Libya. The agreement with the Clinton administration flew out the window when President Bush brandished us part of the Axis of Evil.

Our “brinkmanship,” on the other hand, is draining, and a possible American strike is unnerving. The conservatives in Seoul and the hawks in Washington contend they should hit us first before we hit them. Thank you for thinking we are capable, but why would Pyongyang stick its neck out to start a fight we cannot win?

•Washington: Up until recently, Pyongyang’s nuclear threat was not a serious concern, but the issue has always been politically useful. It seemed improbable that Pyongyang would develop a meaningful launcher that would reach U.S. territory anytime soon. Conservatives in Seoul wishing to overstate Pyongyang’s threat made it even more convenient for Washington.

Heightened concerns of nuclear proliferation translate into increased sales in our pricey weaponry to Seoul, and provide legitimacy in deploying the Thaad missile defense system.

Pyongyang, however, should be under scrutiny given its current progression in the development of the intercontinental ballistic missile (ICBM). Careful calculation will be made to maintain Washington’s influence in Northeast Asia and a viable alternative to pre-emptive strikes will be formulated.

A package deal involving nukes and the Thaad

We have put ourselves in the shoes of the enemy of each other to look into their thinking. Of course, this is only a hypothetical, and there are many uneven voices in one country as we know it. Then how can we resolve the North Korean nuclear issue once and for all?

In this complex geopolitical deadlock, the North Korean nuclear issue must be addressed from the perspective of the entire Northeast Asian confrontational structure. That would ultimately come down to Sino-American relations. A package deal that answers to the complex multilateral dynamics of Northeast Asia is necessary. I propose the following measures:

1) Pyongyang freezes and ultimately commits to dismantling its nuclear program. Washington and Pyongyang sign a peace agreement, committing to the security of the North Korean regime.

2) Beijing ensures Pyongyang abides by its commitments. Washington withdraws the deployment of Thaad in South Korea and eases its policies of containment vis-a-vis China.

3) Washington obtains priority on investment in North Korea and expands its economic footprint in Northeast Asia. Improved economic conditions and a stable regime naturally eliminate a need for nuclear provocations.

Beijing has been reluctant in ensuring that economic sanctions are properly executed despite calls from the international community. In the current state, Beijing has no incentive to pressure one of its key strategic assets. Reversing the Thaad deployment in Northeast Asia could be a major leverage. Unless the United States is serious in waging war with China, the missile defense is a moot point.

Then how would this package deal be in the interest of Washington — other than being able to resolve the North Korean nuclear crisis? There will need to be much consideration on the part of Beijing to enable Washington to broaden economic presence in Northeast Asia. Beijing could also make concessions on pressing trade and commerce issues such as foreign exchange or trade imbalances.

It is a way that serves the interests of both the United States and China while saving the time and resources that would be otherwise consumed in further confrontations.

Seoul can play a critical role in executing this process. The newly elected president should push to complete this all-encompassing mega deal in Northeast Asia. First, everyone must be persuaded to come to the negotiating table. A new four-party frame with those involved in the treaty that ceased fire on the Korean War could be an option. Seoul must also make Pyongyang see sense that such powers on the international stage are held accountable to their commitment of no hostilities.

Such attempts will be a paradigm shift in Northeast Asian international relations. The time has come for the rules of Brzezinski’s Eurasian Grand Chessboard to change. We should not take the confrontation between oceanic and continental powers for granted, and seek connection between the two.

We need to break away from the zero-sum game and find a win-win proposal. When all parties become a single body in a network economy, a multilateral economic and security cooperation for co-prosperity and stability is attainable.

We hope to see such bold leadership in Washington that aspires for peace while driving this paradigm shift going forward — and Seoul shall also fully support this process as a true ally and friend.

*The author is a visiting research fellow of the Institute for Far Eastern Studies at Kyungnam University and the author of “Seoul-Pyongyang Megacity.”