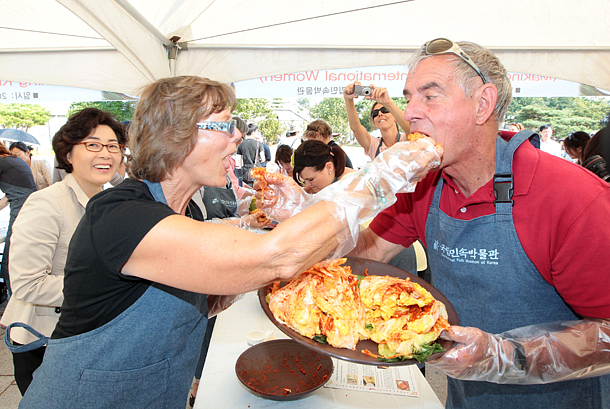 As an Italian, I am interested in tourism. More than 10 percent of Italy’s GDP comes from tourism, and Italy is well known for culture, fashion and cuisine. In the past 10 years, I have traveled all over Korea, and I am afraid that Europeans are yet to be enchanted by Korea’s charms. In 2016, 17.24 million foreigners visited Korea, but less than 1 million of them were from Europe.

Last year, I met over 20 European tourists visiting Korea and discussed what they liked, disliked and what needed to be improved. While it was a small sample, I could get some meaningful ideas. The common opinion was that Korea does not project a special image to Europeans. Generally, Europeans associate karate, kimono, tatami and geisha with Japan. China reminds them of the Great Wall, Tiananmen, Shanghai, Mao Zedong and exotic food. In Asia, Korea is well known for cosmetics, K-pop, dramas and delicious cuisine. But Europeans often think of North Korea when they hear the name “Korea.”

However, once the Europeans experienced Korea, their perception changed. They were especially impressed by hanok, the habit of sitting on the floor, public safety, hospitality and the Han River. They were very satisfied with excursions to Chuncheon, Gangwon, and Ganghwa Island, Incheon, as well as stays in traditional houses. They praised Korea’s colorful cuisine. They expected the cuisine to be simple as the guidebooks and online sources mostly introduce kimchi, bibimbap, bulgogi and Korean barbecue. However, they were surprised by the variety. Europeans, who drink beer or wine and eat fries or sandwiches, were delighted to taste scallion pancakes, fermented skate, pork and kimchi, tofu and dried fish with rice wine. They were amazed to see a table full of dishes at Hanjeongsik restaurants. They missed Korean food after returning home.

They enjoyed soju, rice wine and raspberry wine with meals, but they hoped there were more high-end, sophisticated varieties that they could buy as souvenirs at the duty-free shops. They also found pubs, noraebang and clubs satisfying, but there are few English guides for nightlife. Europeans enjoy their time in Korea, but they are reluctant to visit. It is about time a new frame for Korean tourism is drafted.

*The author is a TV personality who appears on the JTBC talk show “Non-Summit.”