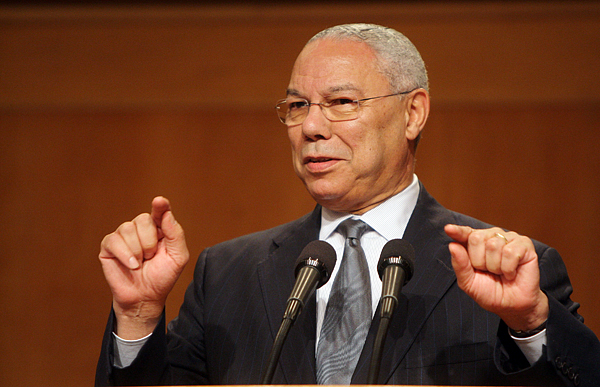 Former U.S. Secretary of State Colin Powell is a retired four-star general who had served as chairman of the Joint Chiefs of Staff. He has ample experiences in military and diplomacy and has proposed three principles of diplomacy.

The first is that “power is a necessary condition for foreign policy success but not always a sufficient one.” When only power is used, the authority of power is reduced, so it needs to be used along with dialogue for diplomacy to work properly. The second principle is, “policy success comes easier with more actors working with you than against you.” Even a superpower like the United States cannot attain its goals on its own. The third diplomatic principle is that the most advantageous outcome may be an incomplete success. Offering an honorable path of escape to an adversary is sometimes wise.

The Moon Jae-in administration is running at full speed, and one of the unavoidable challenges is inter-Korean relations. Considering the nuclear threats and the North-U.S. friction, normalizing inter-Korean relations won’t be easy. But we’ve heard how hard it can be so many times. Now, we need to spend time solving the problem.

The Moon administration has a clear will to solve the problem. How about resolving the current crisis with Powell’s three principles of diplomacy? Firstly, international sanctions are in place, so the government should use civilian resources as a dialogue proxy. North Korea and Pyongyang had a 1.5 track unofficial contact in Oslo, Norway, on May 8 and 9. North Korean government authorities are not comfortable with contact with South Korean government officials, because if no outcome is attained in the contract, North Korean interlocutors may find themselves in a difficult position later. A special envoy is an option, but Pyongyang may refuse. Therefore, a non-govermental person trusted by the government can meet North Korean delegates in Pyongyang or elsewhere.

Secondly, we need to create an atmosphere for neighboring countries to support the Moon administration. Sending special envoys to the four neighboring powers was a clever move that brought outcomes more satisfying than were expected. In order to avoid “Korea passing,” Seoul needs to build more trust with the United States and Japan to make them solid allies. Korea needs the United States and Japan on its back to get support from China and Russia.

Thirdly, North Korea needs an escape. U.S. President Donald Trump and Secretary of State Rex Tillerson mentioned “peace” to Moon’s special envoy to the United States as a path of escape. That’s what the United States did during the Cuban Missile Crisis in 1962. Turkey announced to withdraw U.S. Jupiter missiles aiming at Moscow to provide an “honorable path of escape” to Soviet’s Nikita Khrushchev. The Moon administration needs to consult with the United States on possible escapes.

The diplomatic and security lineup includes people who have little experience dealing with North Korea. It is unknown whether they can resolve the ongoing crisis. But if experienced veterans are added to the team, the momentum may be enough.

The author is a researcher at the Unification Research Institute of the JoongAng Ilbo.