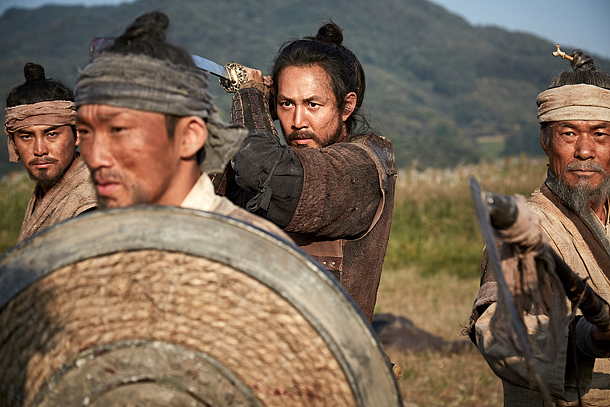 Loosely based on real events, a male duo stars in this historical action drama set in 1592, during Japan’s invasion of Korea. To evade the Japanese army, King Seonjo flees to the Ming Dynasty and leaves his people in the war-torn country. Gwanghae, played by Yeo Jin-goo, becomes the newly-appointed prince and he is now tasked with governing the royal court in place of his father. He tries to gather mercenary soldiers to fight against the army. He receives help from To-woo, played by Lee Jung-jae, the head of the proxy soldiers, who are low-class people who are paid to serve in the military on behalf of others to earn money. However, with the growing threat from unidentifiable assassins and Gwanghae being chased by Japanese armies, tension grows as soldiers lose their lives.

Directed by Chung Yoon-chul, who directed the hit movie “Marathon” (2005) and adapted “Shoot Me in the Heart” (2014), this film boasts a stat-studded actors including Kim Moo-yul, Park Won-sang and Lee Som.

Actress Gal Gadot plays Wonder Woman in this DC Comics superhero action flick. Before she was Wonder Woman, she was Diana, princess of the Amazons, and lived on the island of Themyscira. While living in this island paradise, she encounters American pilot Steve Trevor, played by Chris Pine, after he survives a plane crash. Through him, she hears about a massive war happening in the outside world. She determines that it is her job to save the people and leaves her home to stop the threat. While fighting, she discovers her unknown powers and her true destiny.

This film is directed by Patty Jenkins, who directed the 2003 crime drama movie “Monster” featuring Charlize Theron. Israeli actress Gal Gadot has starred in “Batman v Superman: Dawn of Justice” (2016), and some of the “Fast & Furious” series. 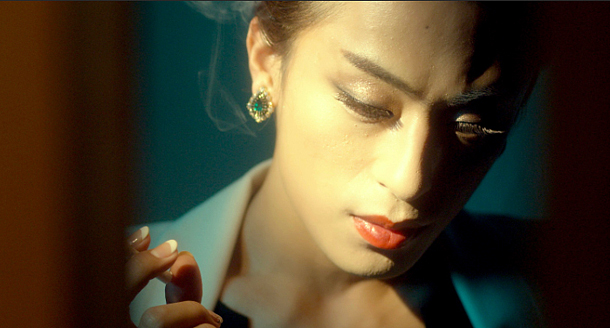 This film sheds lights on the people who are often disregarded from society, and portrays their struggles. Teenage girl So-hyeon, played by Lee Min-ji, is the kind of person who is afraid of being left alone, and tries her best to get along with others, which often fails. After she has run away from her home and family, Jeong-ho was her only companion, but when he also leaves her, she is in a devastated state.

On another lonely day like no other, she meets a mysterious woman named Jane, played by Koo Kyo-hwan, who is transgender. Though she is also considered to be a minority, Jane looks after So-hyeon and other teens who have ran away from home. Although she may look cold and bitter from her excessive makeup and fancy appearance, she gives hope and warmth to people who are living a lonely life like her.

Directed by Cho Hyun-hoon, this film was nominated at the Seoul Independent Film Festival. Actors Lee Min-ji and Koo Kyo-hwan were both the winners of the Actor& Actress of the Year at the 21st Busan International Film Festival. 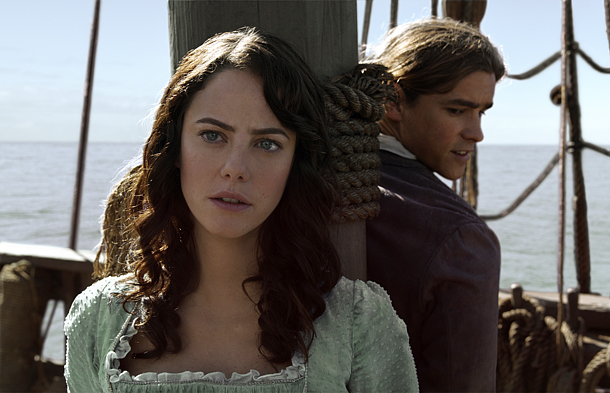 Pirates of the Caribbean: Dead Men Tell No Tales (12)

Johnny Depp returns as Jack Sparrow, the Captain of the Black Pearl, in the fifth installment of the big-sea adventure series, Pirates of the Caribbean. The previous films have depicted the adventures of Jack and his crew as they set off to recover the heart of Davy Jones, team up with blacksmith Will Turner, played by Orlando Bloom, to rescue the love of his life and embark on a quest to find the fountain of youth.

In this movie, Captain Jack Sparrow goes on a search to find the Trident of Poseidon, which is a powerful artifact that bestows on its holder the total control of the seas. He is chased by his old foe, Armando Salazar, played by Javier Bardem, who is a powerful pirate hunter.

Along with his Spanish Navy crew, who has escaped from the Devil’s Triangle, he is now trying to kill every pirate at sea, most notably Jack.

To get the Trident of Poseidon, Captain Sparrow has to collaborate with Carina Smyth, played by the British actress Kaya Scodelario, a beautiful astronomer, and Henry, played by Brenton Thwaites, who is a young sailor in the Navy.

Will Captain Jack Sparrow succeed in getting the Trident and save his life from a formidable foe?

This Japanese romance film is a time-travelling romance flick about Riku, played by Kentaro Sakaguchi, who discovers a mysterious record on a turntable that can turn back time. He uses the record to be reunited with Aoi Hinata, (Miwa), who has been his first love since childhood.

Not the type of person who is into fame or money, the first person to come to Riku’s mind is Aoi.

She is a college student who is in a rock band with Riku and other friends called the “The Stroboscorp.” One day, the band has a live performance at a summer festival, but it doesn’t go well, and Aoi runs away. While on the road, she is badly hurt from a traffic accident. When she wakes up, she finds herself transported to a week before the accident.

This heartfelt romance is written by Oshima Satomi, who wrote 2005 Japanese TV drama “1 Liter of Tears,” which is about a girl diagnosed with an incurable degenerative disease. 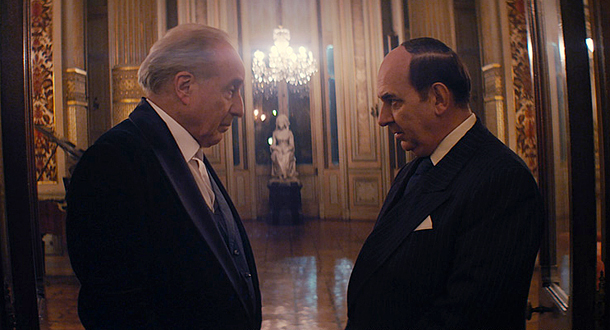 Winner of the Nobel Prize for Literature in 1971, Neruda (Luis Gnecco) was the pen name and later the legal name of the Chilean poet-diplomat and politician Ricardo Eliecer Neftali Basoalto (1904-73).

After he has publicly and violently denounced the regime of the Chilean president Gabriel Gonzalez Videla (Alfredo Castro), he becomes an enemy of the state and a fugitive in his home country in the late 1940s for joining the Communist Party.

He is forced into political exile and fled to Argentina and then to France. Neruda flees with his Argentinean painter and aristocrat wife Delia, played by Mercedes Moran, and they are being chased by police inspector Oscar played by Gael Garcia Bernal. Meanwhile in Europe, many people, including legendary artists led by Pablo Picasso, demand the freedom of Neruda. Ironically, as his life becomes more and more secluded, Neruda becomes an international hero, and even Oscar becomes fascinated by Neruda’s pieces.

What if today was the only day you had to change everything in your life? Adapted from the New York Times best selling novel with the same title written by Lauren Oliver, this time-loop drama film is about a 17-year-old protagonist Sam Kingston (Zoey Deutch), who is the type of girl who has everything that a teenage girl would want - perfect friends and a perfect boyfriend.

But one day, everything changes. After she was heading home after a party, she is killed in a car accident in her hometown of Ridgeview. However, when she wakes up the next day, she is confused as she has been transported to the time before the accident happened. She is trapped, reliving the same day over and over again, but through this experience, she realizes how perfect her day was. She looks back on her behavior, and realizes all the valuable things she had missed and ponders upon her behavior to others.

Officially invited to the 33rd Sundance Film Festival, this film comes from the production team behind “Split” (2017) and “Moonlight” (2017).