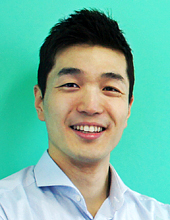 The proceeds will be used to focus on research and development and nurture IT and finance specialists.

“We aim to cement Lendit’s position as the top lending startup in consumer financing by using the funds to boost R&D and foster professionals for tech and finance,” said Kim Sung-joon, CEO & founder of Lendit.

“The first two years allowed us to test and confirm business strategies,” said Kim. “Now is the time to narrow down the focus and grow the company.”

The investors cited the industry’s potential and Lendit’s prowess in using big data to hedge risks.

“The key to success in the peer-to-peer finance industry is the use of data analysis aimed at managing risks, as it was proven in the U.S. market where the business is more developed,” said Han Kim, managing director at Altos Ventures.

Altos Ventures led the seed and the subsequent Series-A funding. When combined with the earlier investments, the funding size of the company is estimated to be 17.3 billion won, the largest among industry players.

Founded in 2015, Lendit is the country’s top marketplace lender in the consumer lending segment with accumulated loans at 47.4 billion won as of May 29.